If you’re planning a family holiday to Vietnam with kids then you really must make sure that Hanoi is in your plans (take a look at this post for a family-friendly itinerary through Vietnam). The country’s capital is home to amazing art galleries, engaging museums, a charming colonial centre, parklands, lakes and much more – including plenty of Vietnam’s famous coffee! 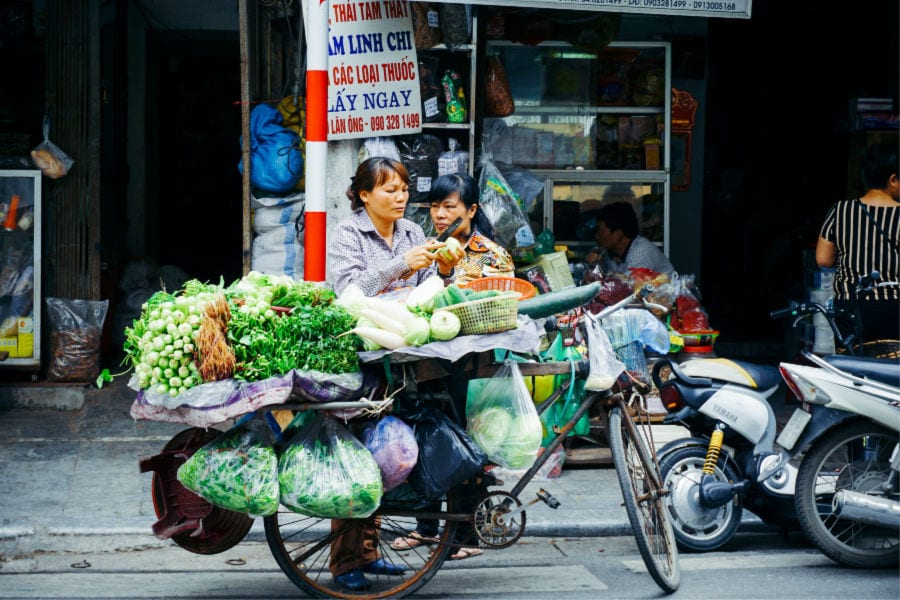 Hanoi is also a busy city (read: very busy city) where mopeds beep their horns continuously, pavements are used for parking and street vendors, and motorbikes whizz along the roads at speed as if in a game of Mario Cart. Navigating the narrow streets with children can be a challenge but come prepared and you’ll find that there’s a lot to do in Hanoi with kids. 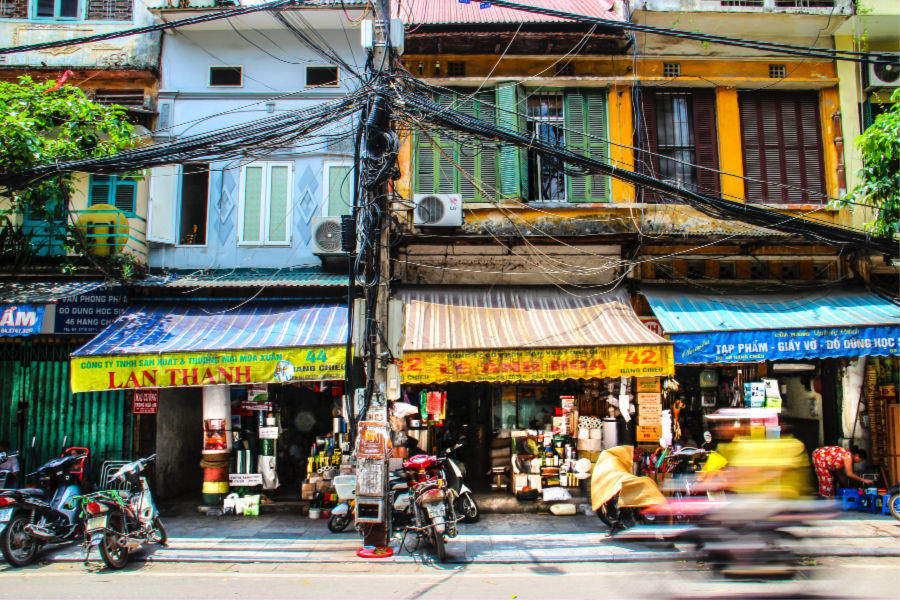 Also known as 36 Streets (after the number of streets that used to make up the urban area of the city), the Old Quarter is the name given to the corner of Hanoi that’s been around since imperial times. It was once a centre for manufacturing and commerce, with each street specialising in one specific time of manufacturing or product. These days, however, it’s a popular tourist destination and a great place to go shopping. Located near Hoan Kiem Lake, the narrow streets of the Old Quarter are lined with tall, skinny and brightly coloured buildings where family-owned shops sell anything you could possibly imagine. Bargain for artwork, silks and embroidery as well as coffee, paper, stuffed toys and much more.

One fun way to explore this neighbourhood is on a tour with HanoiKids. This organisation pairs visitors with Vietnamese teens and university students who want to practice their English. Tours are free, you only have to pay for any entrance fees, transport and food for both yourself and your guides. 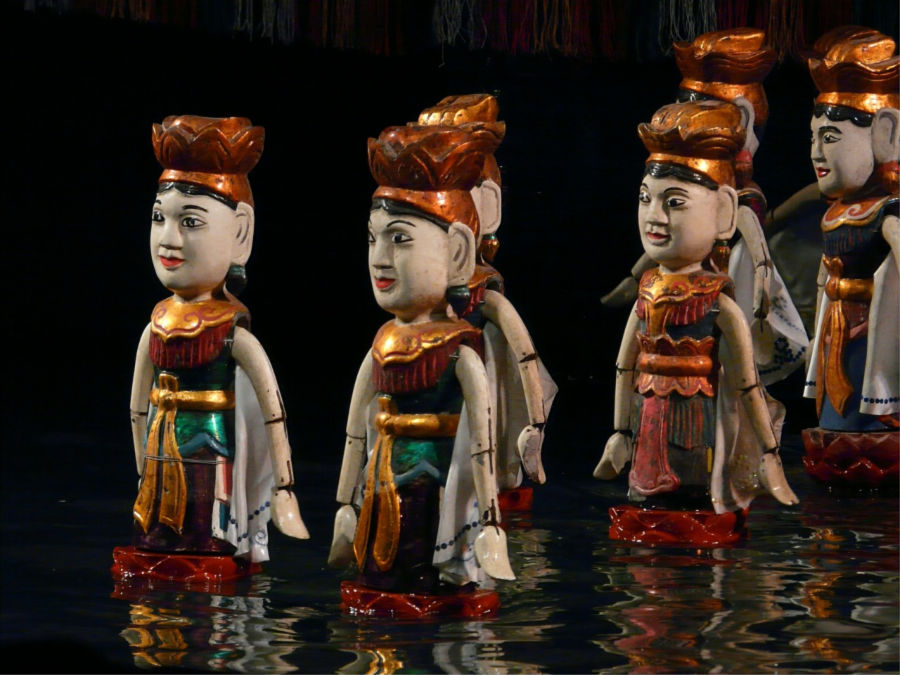 The art of water puppetry is over 1,000 years old and is something that both parents and kids love to watch. Traditionally performed on ponds or lakes, the wooden and lacquer puppets are held up with long bamboo rods by puppeteers submerged waist-deep in the water. The puppets glide gracefully along the water retelling traditional Vietnamese folk tales accompanied by live music and the sounds of splashing water. The most famous water puppet theatre in Hanoi is the Thang Long Water Puppet Theatre, which has been operating since 1969. 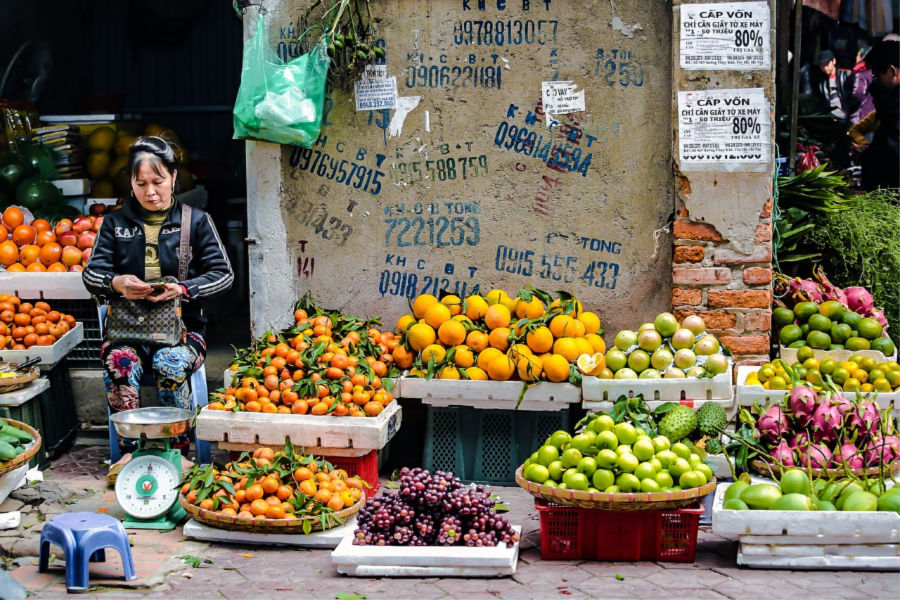 There are lots of good museums in Hanoi to suit kids of all ages. Particularly popular with kids is the Museum of Ethnology, which is full of interactive exhibits and displays showcasing the different tribes and cultures of Vietnam, including full-scale replicas of traditional village houses. Another popular spot is the Military Museum where helicopters, jet planes, tanks and missiles are on display. The museum is one of the oldest in Hanoi and examines the country’s military history including French colonisation and the Vietnam War.

One of the most beautiful buildings that you’ll see in Hanoi is the Temple of Literature. Tucked behind a walled compound, and consisting of five separate courtyards, this ancient temple was built in 1070 to honour Confucius. Today, the Temple of Literature honours Vietnam’s finest scholars and is where you’ll often find students praying for good grades!

Depending on the age of your children, you may want to add a visit to the Ho Chi Minh mausoleum to your itinerary. Although the Vietnamese President specifically stated that he wished to be cremated after he died, his body was embalmed and put on display in a glass casket. Located in Ba Dinh Square, the same spot where Ho Chi Minh read the Declaration of Independence on September 2, 1945, thereby establishing the Democratic Republic of Vietnam, the mausoleum is certainly an interesting place to visit. 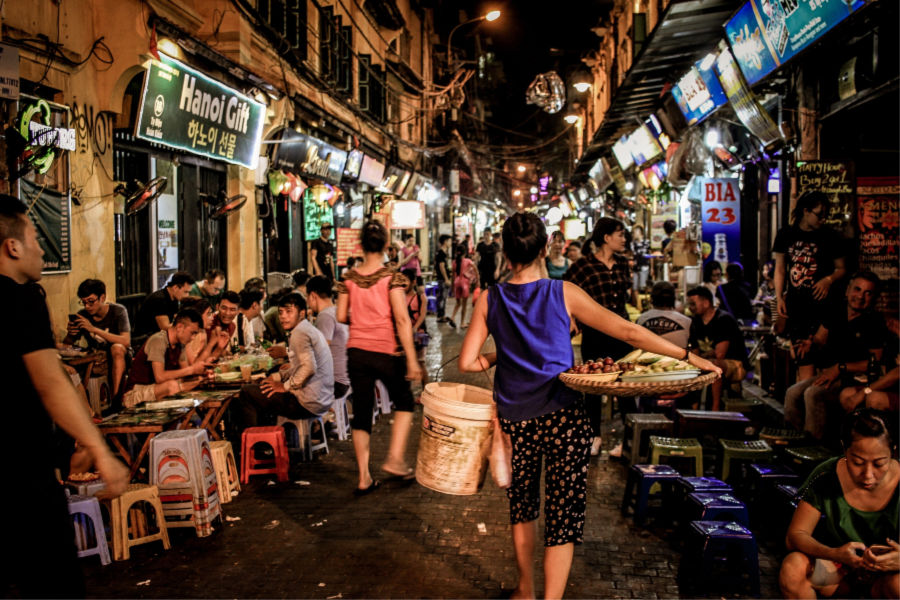 From cheap street eats to high-end dining, Hanoi is home to some of the best food in Asia. A fun way to enjoy Vietnamese food in Hanoi is on a food tour, and there are various to choose from. It’s a great way to learn about different produce – such as the Buddha’s Hand, a fruit with fleshy parts clumped together like fingers that’s commonly used for alter offerings – and to try dishes that you might not otherwise.

Most tours take part in the Old Quarter and involve wandering from one street vendor to another. Favourite dishes to try include Bun Cha (BBQ Pork Noodles), Bang Tom (shrimp-fried pancakes) and Pho Tiu (noodles with a sweet and sour soup of pork and fish sauce). If you fall in love with Vietnamese food then why not learn the secrets of the trade to take home with you? A cooking class is great fun for kids and something they can definitely take home with them at the end of their Vietnam holiday.

Make your own souvenir

Hanoi is surrounded by lots of handicraft villages, each specialising in a different craft including furniture, copper, silk, ceramics and even snakes. If you’re keen to bring a handmade souvenir back on the plane with you (that doesn’t happen to be a snake!) then an afternoon at the Bat Trang Ceramic Village is a good choice. This village has been producing high quality ceramics for a thousand years and has been exporting its vases, bowls, dishes and more around the world for almost as long (well, kind of!). It’s a fun way for kids to learn about life in one of these traditional handicraft villages and they can even have a go at producing a pot themselves. 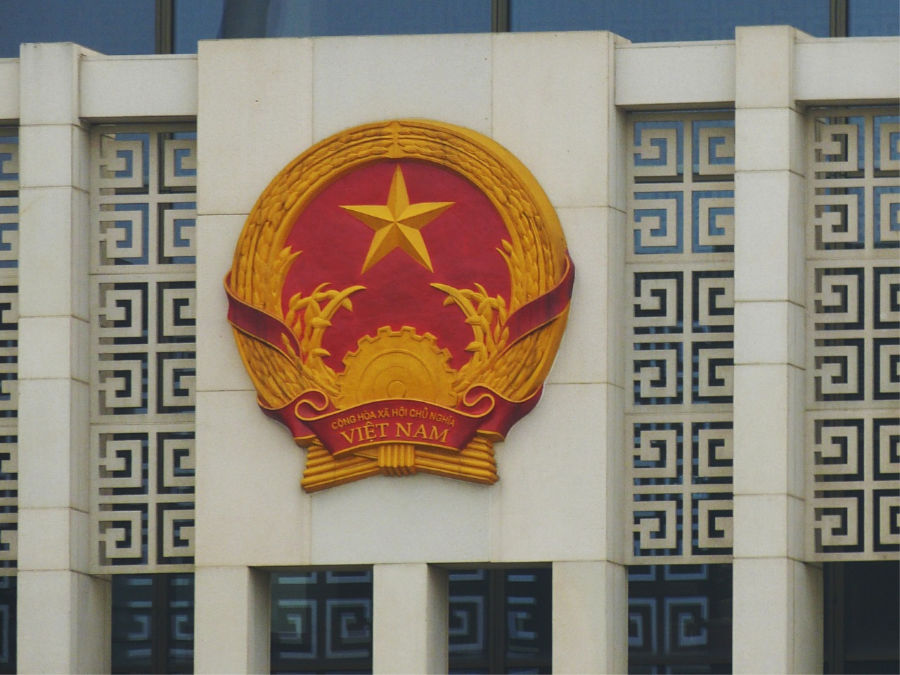 The best time to visit Hanoi

The best time to visit Hanoi is during autumn (September to November) and spring (March to April) when temperatures are in the early 20s. From December to February it gets cold in Hanoi with temperatures dropping to around 10 degrees Celsius. By contrast, the searing summer months see temperatures reach up to 40 degrees Celsius. For up to date Vietnam weather information, take a look here.

Do you need a visa to visit Vietnam?

Most nationalities need a visa for Vietnam however, obtaining a visa is usually quick and easy. Visitors from the United Kingdom and the USA for example, are eligible for the Vietnam eVisa, which allows travellers to enter the country for up to 30 days. 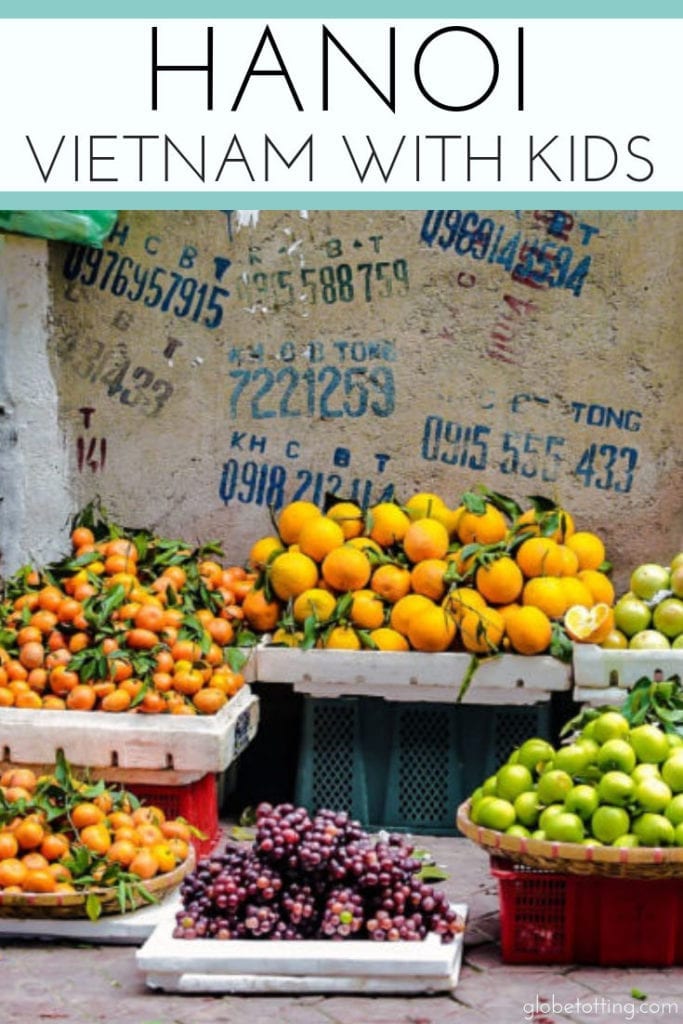 Photos courtesy of Unsplash and Pixabay