It’s been a busy summer for us. We packed up our apartment in Mexico, said goodbye to our home for the last five-and-a-half years and headed back to the U.K. It’s actually been nearly 12 years since we last lived in England (we were in Australia first, followed by India) so moving “back home” has been something of a big deal.

So, after landing in London, finding a house to rent, and sorting out schools, and transferring bank accounts, and dealing with all the other day-to-day minutiae of life we thought WE NEED A HOLIDAY! And so our trip to Denmark was born. The plan was simple; fly to Billund, hire a car and explore. I briefly considered travelling around by bus (the public transport system in Denmark is supposedly excellent) but the reality of travelling with three kids, our luggage, and a car seat for the youngest immediately squashed those thoughts. Put simply, a car just gives us so much freedom. Plus, it means that I don’t have to be a packing ninja every time we move destination and I can literally just throw everything into the back of the car.

A plan half-formed I got in touch with Auto Europe Car Rental and they organised a car hire for us that we could pick up on our arrival at Billund airport and return a week later. Collecting our car took no more than half-an-hour and we were presented with a shiny, black, five-door automatic Ford Mondeo Estate. This was the perfect size car for our family of five with plenty of space in the back seat for all three kids and more than enough room in the boot (trunk for our American readers!) for our bags and the stroller. The car came with an inbuilt sat nav system, which was invaluable given that we had no idea where we were going!

From Billund Airport we headed a short distance down the road to our first stop, Bolding Apartments. These self-catering apartments were simply lovely and really well appointed for families. But the real reason that we chose to stay here was not the three trampolines, sandpit or huge garden but…. its proximity to Legoland. Yes, Billund is home to the original Legoland and we were up early the next day to find ourselves the first people to pull up in the car park.

Also near Billund is Givskud Zoo, a zoo and safari park that covers 120 hectares. The park has large enclosures that visitors can drive through in their own cars, which was perfect for us. Although, I have to admit, it was slightly surreal to have zebras wandering in front of your car in Denmark. There are also various parking points where you can get out and walk to see animals including monkeys, gorillas and Asian elephants. The park has a strong focus on conservation too.

From Billund we travelled north. We decided to save Copenhagen for another trip and explore the Danish countryside instead. Having our car meant we could stop where and when we liked and on our way towards our next stop Aalbaek, we decided to have lunch in Aalborg. Simply because we could. From Aalborg we continued northwards to our Airbnb property in the tiny town of Aalbeak where we based ourselves for the following five days.

Aalbeak is a very pretty town on the northern coastline with white sandy beaches and still waters that are perfect for swimming – as long as you like cold water. It’s also the perfect place from which to explore this corner of the country. Our first day trip from here was to Nordsøen Oceanarium, a huge aquarium that sits on the shores of the North Sea in Hirtshals.

We later travelled to Grenen, the northernmost point in Denmark, and its neighbouring town of Skagen and took a day trip to Lindholm Høje, a major Viking burial site. The flexibility which came with having a car meant that we could literally travel anywhere and during our week in Denmark we managed to see and do a lot. Having a car also meant that our kids could nap if they got tired!

At the end of our trip we drove from Aalbaek back to Billund Airport, parked the car and handed in the keys. It was as simple as that! Auto Europe makes renting a car very quick; you simply pop in your dates, enter your pick up and return location and choose the size of vehicle you require, and you’ll have a car waiting for you. It really couldn’t be easier.

Driving in Denmark is easy, there is hardly anyone on the roads!

Petrol (gas) stations are not positioned on the motorways but just off motorway exits. Check a map or your sat nav if you need to find one.

Manual cars are more popular than automatics in Denmark, as in most of Europe, and are usually cheaper to rent. 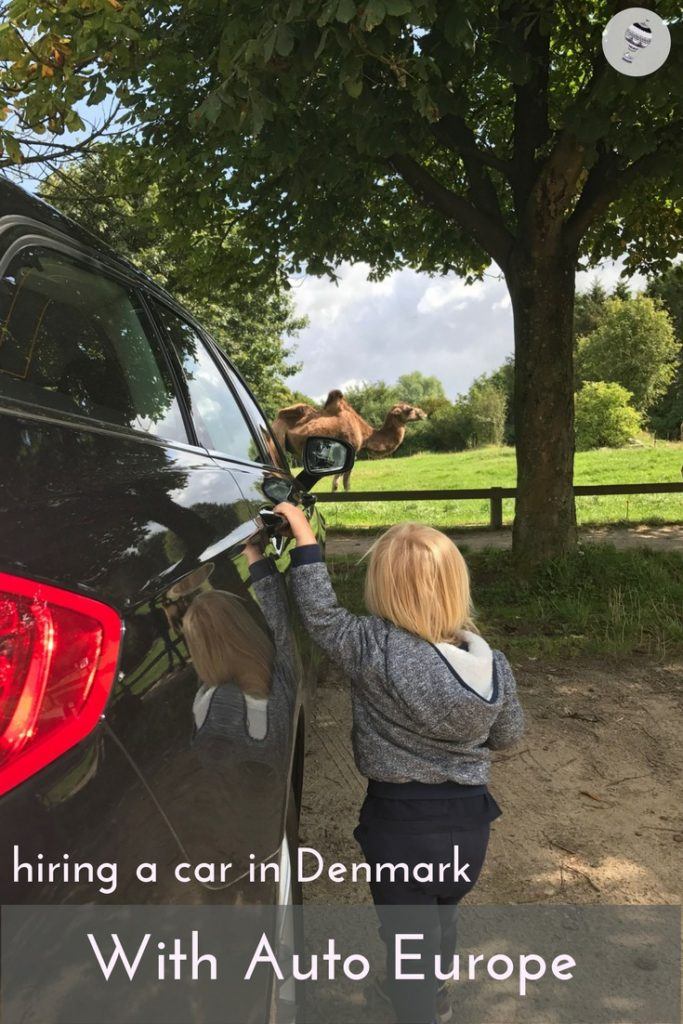 Disclosure: I partnered with Auto Europe Car Rental for this trip and received complimentary car hire to experience their services. All opinions are, as always, entirely my own.