As much as I love everything about living in London sometimes you just need to escape the city. Leaving the big smoke behind for family days out is good for the soul – and great for some quality time together too.

Fortunately, there are plenty of easy family day trips from London, whether you’re in search of countryside or culture, magic or monarchs, history or action.

The following are some of the best day trips from London with kids of all ages to enjoy.

The best day trips from London by train

This Harry Potter walking tour will leave you spellbound

Where to stay in London with kids

The excellent Silverstone Experience is one of the best day trips you can do from London. The National Lottery Heritage Fund-backed centre is located alongside the UK’s most famous race track, not far from Milton Keynes.

Over the years, Silverstone has seen all of motor racing’s greats compete on the circuit and raise the iconic British Grand Prix trophy in the air and this is celebrated in The Silverstone Experience. And don’t worry if you don’t know much about motor racing, the experience is as engaging for revheads as it is for those of us with L plates

The Silverstone Experience charts the history of the racetrack from its beginnings as an abbey to the first Grand Prix that was held here in 1948. There’s an original Cooper from the first race meeting at Silverstone on display and you can sit in a replica ERA.

The ground floor is where you can discover more about racing at Silverstone and see some of the track’s most famous racing cars and bikes. This area is divided into three section: Race Day, the Tech Lab and Racing Eras and is full of hands-on interactive activities. You can practice being a race marshal, try your hand at commentating and have a go with the wheel gun.

Outside, you can walk part of the original track. It’s truly a fantastic London day trip with kids.

[author] [author_info]Don’t forget to join our London with Kids Facebook group for more ideas on things to do in the city. [/author_info] [/author]

The Snow Centre at Hemel Hempstead

One of our recent best day trips out of London was to the Snow Centre in Hemel Hempstead. This indoor ski slope is located just 30 minutes from north London and is one of six indoor snow centres in the UK that have real snow.

The Snow Centre has a 160-metre main slope with two button lifts to take you to the top. There’s also a large lesson slope (the biggest lesson slope in the UK) with two travelator lifts (otherwise known as ‘magic carpets’) as well as a small freestyle section.

You’ll also find a small sledging section, the Ringo Slide. Although real snow centres are never going to replace skiing on the mountains, they are a great way to try skiing for the first time, a brilliant way to brush up on your technique and an opportunity to try something new, such as snowboarding or some freestyle tricks. 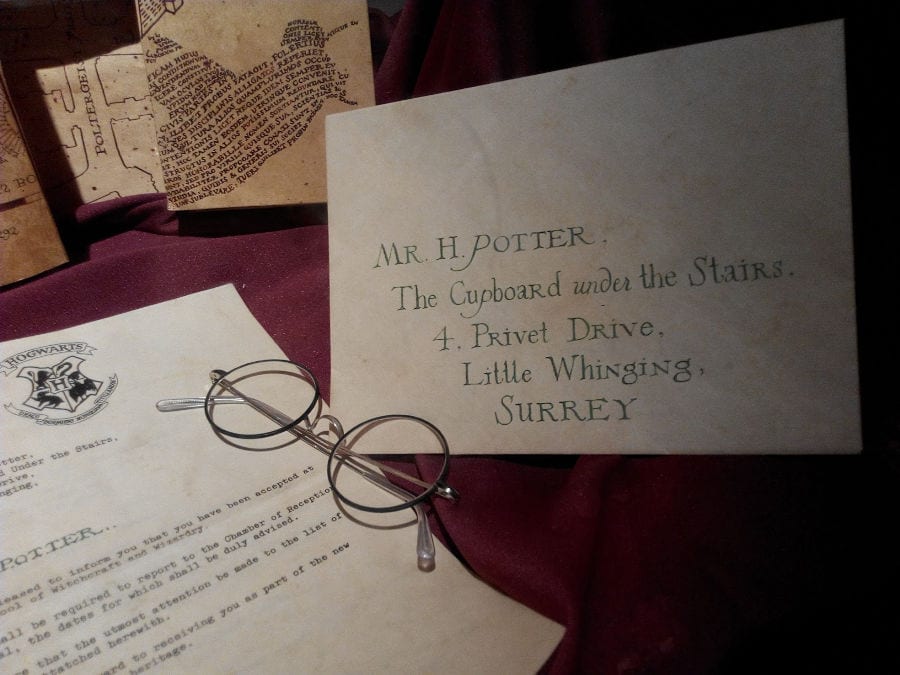 As any potter fan worth their weight in Bertie Bott’s Every-Flavour Beans knows, the studios have been transformed into an amazing exhibition space where you can walk around the sets and discover how the special effects department made Harry and his friends fly (among other things!).

Costumes from the movies are on display as well as the mighty steam train that played the part of the Hogwarts Express. Seasonal experience also take place at the studios. If you haven’t got your Hogwarts uniform yet, make sure you are fully kitted out before you visit.

For an equally fun and easy day trip for the family, head to Hampton Court Palace in Surrey. Transport yourself back to Tudor times with a visit to Henry VIII’s kitchens, experience the splendour of the Tudor court in Henry VIII’s Great Hall and discover if it really is haunted.

Once the weather warms up again, pencil a day trip to Hampton Court Palace and the Magic Garden in your diary. This kids play area is a magical playground with architecturally designed towers and high walkways, slides that burrow under ground and a 25ft-long red dragon to climb on. The garden is currently closed for winter and will reopen in spring 2019.

A fun day trip from London by train is to the Imperial War Museum in Duxford.

Set on one of the key RAF bases in World War II, the family friendly museum houses a huge collection of tanks, military vehicles, naval exhibits and aircraft, including famous Second World War classic like the Spitfire and the Lancaster. Other highlights include the Battle of Britain exhibition, the American Air Museum and the 1940 Operations Room.

The IWM website has a number of family trails that you can download and bring with you to make your visit even more fun; options include the I-Spy Creatures Trail and Finding out about the First World War Trail.

See where Megan and Harry tied the not with a family day trip from London by train to Windsor and Windsor Castle. Built 900 years ago by William the Conqueror, the castle has been home to 39 monarchs and is the official residence of the Queen.

For kids and families there’s a fun multimedia guide that introduces you to many of the characters who live (or lived) at Windsor Castle, including Gilbert the Grotesque and Cyril, a Page of the Back Stairs as well as some of the castle’s main rooms. These include the State Apartments, used by The Queen to entertain her guests, and St George’s Chapel where 10 kings are buried, including Henry VIII and Charles I.

Family activities are held every Saturday throughout the year and during school holidays.

Brighton is a one of the best day trips from London that you can have, particularly if the sun is shining. But, whatever the weather, there’s lots to do in Brighton with kids.

The Volks Electric Railway train opened in 1883 and is the world’s oldest electric railway. You can hop aboard for a ride today, the train starts east of the Palace Pier and runs along the coast for a mile. At the Royal Pavilion, the Brighton Museum’s World Stories treasure trail will entertain most kids, almost as much as the bright, flashy and noisy rides at Brighton’s Palace Pier.

Visit during the warmer months and take a boat tour of the coast or hire a standup paddleboard or kayak. You can also see a traditional Punch & Judy show by Prof. Glyn Edwards. He’s who has been performing the act for some 50 years.