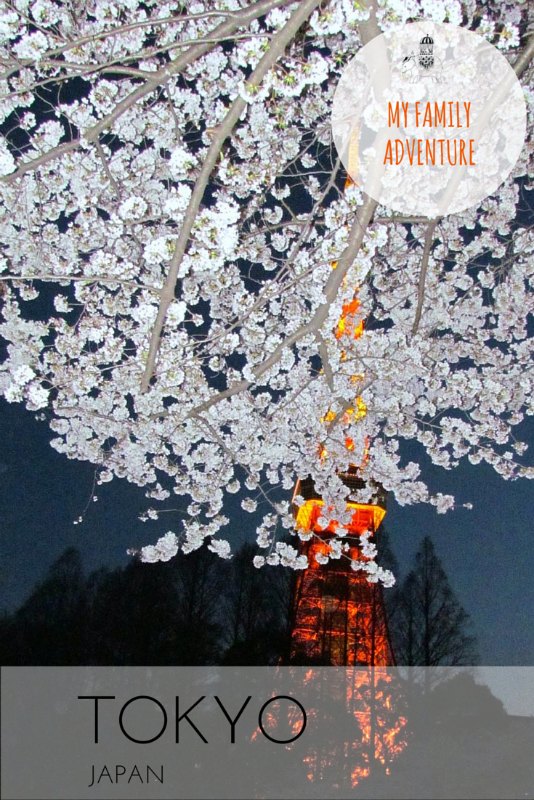 One of our best family memories is a visit to Tokyo during cherry blossom season. We (my husband and I and our two boys, then 6 and 3) were living in Kuala Lumpur at the time and the trip was workable over the spring school holiday. I was initially a little sceptical about a city vacation for two energetic kids who prefer playing with sticks and dirt to most other activities, but we needn’t have worried. They were charmed by Tokyo right from the hanami (flower viewing) on our first evening.

When cherry blossoms are in bloom there are hanami throughout Japan. These are often raucous affairs that last well into the night. In our case, flower viewing involved a picnic with friends in a public square under the trees. It was fun to cuddle in blankets with snacks as the sun went down, alongside couples and grandparents and groups of suited businessmen all celebrating the beauty of the flowers.

We loved all of Tokyo but some highlights included Ueno Park in the centre of the capital. Home to temples, ponds, a zoo and museums, it’s a great place to go with or without children. Our kids especially loved the National Science Museum and its spectacular dinosaur exhibit.

Another favourite was Asakusa, a lovely temple complex in a corner of Old Tokyo. A short walk from the metro through a gate boasting the gods of thunder and wind leads to a busy street lined with stalls selling everything from hot dumplings to cheap souvenirs. The heart of Asakusa is Senso-ji, a Buddhist temple completed in 645. The boys loved getting Omikuji fortunes at Senso-ji – it cost100 yen (about US $1) to open a box and choose a paper that predicted their future. The idea is to keep good fortunes and tie bad ones near the temple to prevent them from following you home.

The cherry trees bloom at different times of the year in Japan depending on geography. Generally, the milder the climate the earlier the blossoms bloom. On the southern, subtropical island of Okinawa, cherry blossoms can be seen as early as January for example. However on the northern island of Hokkaido it may be May before the cherry blossom trees are in full bloom. In most major cities, including Tokyo, the cherry blossom season typically takes place in early April.

The hands down favourite part of the trip, though, was the Japanese onsen or hot baths. We visited the baths at an inn near our hotel, though there are a number of them in and near Tokyo. It’s hard to describe how exciting it was for our 6 and 3 year olds to float in warm pools in a rock garden under the stars, and then play games and eat new flavours of ice cream while dressed in their own in yukata (bathrobes).

2) If you’re on a budget, use the metro. It’s clean, efficient and has great coverage of the city. English-language maps of the metro are useful. Should you run into difficulty (buying the right ticket can be a chore – look into prepaid cards such as the PASMO, especially if you are staying for more than a few days), you can usually find someone to help you in English.

3) If you or your family members are running low on fuel, you’re never far from a vending machine to help you out. This is the country that boasts more such machines per capita than any other in the world! Again, the prepaid card system is handy, whether your needs are conventional (food, drink), practical (gloves, hair clips) or downright odd (pet food, Buddhist amulets, fish bait)!

6 thoughts on “My Family Adventure: Travels in Tokyo”