Guest post and photos by: Jody Halsted of Ireland Family Vacations. For more ideas on travelling in Ireland with kids take a look at this guide.

Ireland is a land of charm and enchantment, where the past and present merge but rarely clash, and a wonderful vacation depends less on the weather and more on whether you are willing to take the road less traveled

Fly a bird of prey

Affectionately called a Hawk Walk, this is an experience your family won’t soon forget. During your Hawk Walk your family will learn about birds of prey – including owls, falcons, and hawks- as well as the history of Falconry and how the birds are trained. Then comes the exciting part, flying a hawk!

Walking through the woods you slowly raise your leather-gloved hand. A hawk flies directly toward you, glistening black eyes focused on your clasped fist. Your heart rate speeds and adrenaline flows. Gently landing on your arm she waits patiently for you to loosen the grip on the meat you hold, quickly dipping her head to gobble it down before lifting from your arm in search of prey.

Where to find a hawk walk in Ireland

Castle Hotels like Ashford Castle, Dromoland Castle, and others have their own falconry. Our experience took place at the aptly named Mount Falcon Estate. A few independent falconers who offer hawk walks include Adare Country Pursuits, Killarney Falconry, and Falconry Ireland. Note that pre-booking is essential for this activity.

Enter a magical land below

Ireland is known for its stunning scenery. Amazing vistas, dramatic cliffs, glorious green landscapes. Few give thought to what lies below the ground.

A huge fissure splits the earth at the tip of your toes. Steps, steep steps, twist down the pathway made alternately of native stone and concrete. As you draw closer to the mouth of the cave some spots are still wet from the morning rains as the sun’s rays don’t penetrate the shadows enough to dry them. You duck your head as you enter the mouth of the cave, listening to your guide’s voice echo off natural formations thousands of years in the making.

Where to find caves in Ireland

The otherworldly Burren is home to Ailwee Cave. Crag Cave in County Kerry holds legends, crystals, and a stalagmite that resembles the Madonna. Superstitions kept explorers from the Marble Arch Caves in County Fermanagh until 1895.

In Ireland you’re never far from the sea, so it just makes sense that ocean activities abound. For the highly adventurous, learn to surf in the Atlantic’s pounding waves or try coasteering (an adrenaline rush of cliff jumping, cave swimming, and rock climbing). A bit more mild adventure can be found on a cruise to view dolphins or whales.

The water doesn’t appear to be choppy as you board the boat in the semi-protected harbor at Doolin. Leaving the pier and passing the small sheltering island you realize the Atlantic isn’t quite as smooth as you imagined. As the boat bumps over the waves your view is drawn to the rocky coastline as it rises higher and higher, the conical top of Doonagore Castle barely visible as the boat powers southward. The coast rises higher, forming the most famous cliffs in the world. A sea stack appears just past a sinewy curve of stone. And then you look up. To O’Brien’s Tower, atop the Cliffs of Moher.

Where to find ocean activities in Ireland

An island country, you’ll find activities like kayaking in many coastal villages. A great place to learn to surf is Lahinch Adventures in Lahinch, County Clare, just south of the Cliffs of Moher. Doolin2Aran Ferries can take you on a dedicated Cliffs of Moher cruise or to the Aran Islands for cycling, hiking, or jaunting cart explorations.

Venture to County Kerry to try coasteering or to visit Fungi, the famous Dingle Dolphin.

Lace up your hiking boots

In Ireland they call it hill walking, but don’t let that fool you, this is some of the most dramatic hiking you’ll encounter. While the mountains may not be the highest, nor the valleys so very low, the surroundings will take your breath away. Walking trails cross the countryside. Through the forested mountains of the midlands, across the boglands near the ocean, and along the seaside cliffs where the winds sometimes feel like they could lift you up and carry you away.

It’s 2km, as the crow flies, we were told. Not so far, really, to the very end of Sheep’s Head Peninsula and the lighthouse that bears its name. So we set off, a couple bottles of water between us. As we stuck to the well-trod pathway leading through the fields we saw sheep below, closer to the cliff edge, contentedly pulling green grass and purple heather from between the stones. Up again the path rose, then down. And so it went, passing sheep, weaving through stones, and skipping over a small creek. The final rise offered the view we had come for – a pristine view of land and water, unhindered by wind or clouds. As for the distance… if the crow had to walk, it would double.

Where to find great hikes in Ireland

County Cork has more miles of trails than any other county. Stay at the heart of the Drimoleague Walkways at Top of the Rock Pod Pairc. A dramatic 20 km coastal walk runs from Liscannor to Doolin along the Cliffs of Moher. Choose to walk the entire path or just bits, using shuttle buses to return to your starting point.

Looped trails in the Slieve Bloom Mountains range in difficulty and terrain.

History in Ireland stretches to before the pyramids of Egypt. Celtic Kings were sacrificed to Mother Earth in hopes of pleasing her enough to provide favorable weather and crops. Later warring tribes fought for cattle and land, Vikings attacked and plundered and the English created plantations where the Irish had farmed, removing entire families by force.

In a land with so much turmoil surely it’s logical that there be spirits that remain?

Not far from Dublin, in the lovely village of Malahide, stands a castle. Five ghosts are said to haunt the castle, though the one seen most often is that of Puck, the castle jester. Puck also had the job of watching over those detained in the castle. It was his bad luck to fall in love with one; a woman by the name of Lady Elenora Fitzgerald who had been sent there by Henry VIII. Rumors began to spread that someone in the castle was conspiring with Fitzgerald and not long after Puck was found outside the castle walls, stabbed in the heart. Today he haunts the castle and has been seen and felt numerous times by visitors touring the castle.

Where to find haunted spots in Ireland

Malahide Castle is easy to reach from Dublin by car or train. Leap Castle in County Offaly is said to be the world’s most haunted.

The Grange Stone Circle and nearby Lough Gur retain their air of mystique and magic even during the daylight hours. The largest stone circle in Ireland is said to return to the fey as the sun falls while the ghost of the Earl of Desmond is said to rise to the surface of the lake on his white horse once every 7 years until the sliver shoes have worn out.

These are but a few of the adventures waiting for you in Ireland. Which will you go in search of?

10 Things to do with Kids in the Bavarian Forest

10 Things to do with Kids in Crete 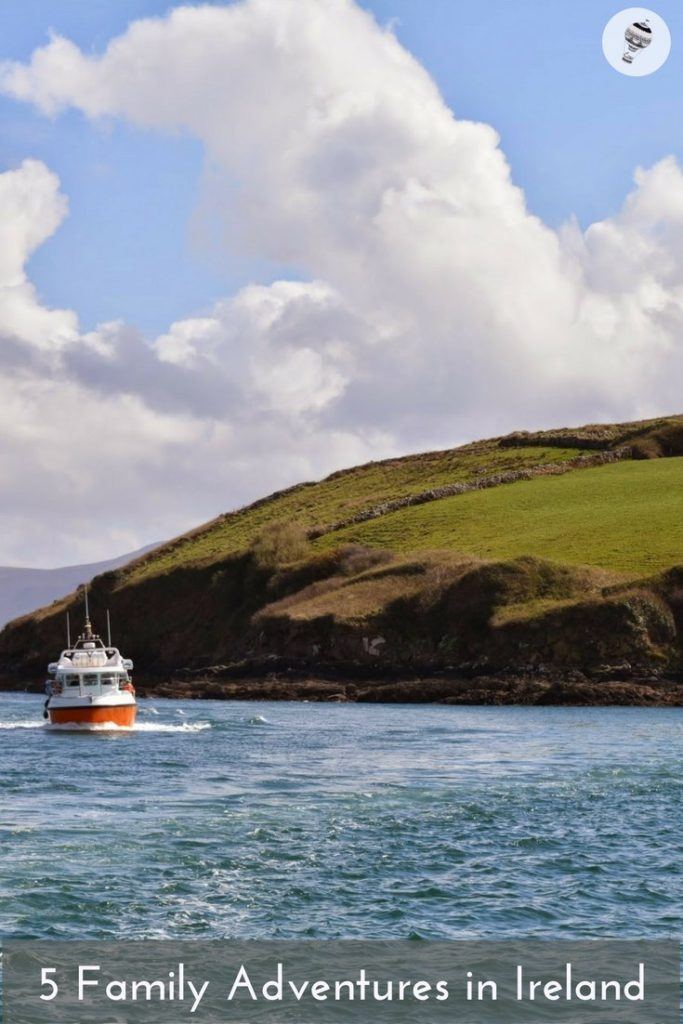 [author] [author_info]About the author: Jody Halsted has been traveling across Ireland for over a decade with her own children, discovering the most family friendly sites and activities on the tourist trail and off. Dedicated to Ireland family travel, her website Ireland Family Vacations, provides exceptional advice for a magical Ireland vacation. For families looking for a perfectly tailored Ireland vacation, Jody offers Ireland vacation coaching, working with your family to help you choose the perfect lodging, destinations, and activities to fit your budget, interests, and expectations[/author_info] [/author]