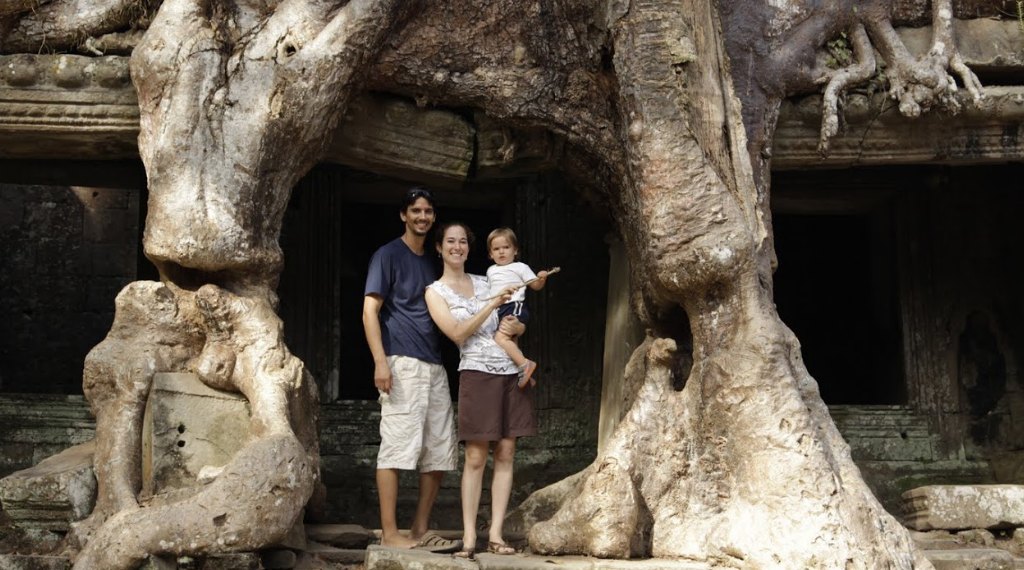 [Tweet “Take the Kids to #AngkorWat! Tips and tricks for #familytravel”]

A Family Adventure to Angkor Wat

Angkor Wat. For some this is a place of worship, a complex of temples devoted to the supreme being Vishnu. It is a place of peaceful retreat; a place to lose yourself in the multitude of temples, to glimpse a bygone era. Others, however, go to Angkor Wat to get that little bit closer to Angelina Jolie and her Tomb Raider persona… Clearly that was NOT our motivation for visiting Angkor Wat in Cambodia. Well, at least not my wife’s….

But there’s a very good reason they chose to shoot portions of Tomb Raider at Angkor Wat, and specifically Ankgor Ta Prohm, the “monastery of the king” built in 1186 A.D. This is one of the few ruins in Angkor that has been left pretty much as is, with little to no restoration. As such, gnarly tree roots grow around the sculpted walls and through where once roofs existed, giving the temple an eerie and ethereal feel. And so that was one of our first ports of call for our family of (then) three, on arrival to Angkor Wat.

Angkor Wat itself is a veritable playground, spanning over 400 square kilometres, although the main temples are not as spread out and can be seen over the course of two full days. Our 2.5-year-old was in his own la-la land, climbing walls, going in and out of enclosures, traipsing over roots, gawking at monkeys and cavorting with Buddhist monks.

Thankfully we had hired a tuk-tuk to not only be able to go further afield and see the slightly more remote temples, but also to provide our little Ati a place to crash in the shade, as mum and dad took turns visiting the temples.

At the end of the day, after witnessing the sunset from behind the main Angkor Wat temple almost all on your own (or if you feel up to it, you can see the sunset from the hill-top temple of Phnom Bakhengbut be prepared to brave the hordes of fellow tourists) you retreat to the hostels, villas and boutique hotels of Siem Reap, only a few kilometres away.

We stayed at the quaint Golden Mango Inn in central Siem Reap: cheap and cheerful with spacious rooms and a lovely pool. But there are umpteen choices of places to stay with some amazing pools and spas, etc. Take a look at the top hotels for families on TripAdvisor

We specifically chose a small inn/hotel as this way you don’t have to worry about your children unduly disturbing your neighbours who have shelled out over $1000/night to stay in a secluded tranquil oasis of a boutique hotel… And THAT in turn gives you peace of mind!

Our – and particularly our son’s – favourite part of the trip was riding an elephant around the Bayon Temple. It gave us the feeling of travelling back in time to Angkor Wat during the days where elephants were ubiquitous in the area. And he got to feed the elephant bananas. What more would a 2.5yr old want to do?!

1. Visit Angkor Ta Prohm either very early or late in the day, thereby avoiding the throngs of tourists. But not too early or too late, or it will be too dark to see much!

2. Go see the sunset from a lesser-visited spot – the views will still be stellar, you will capture amazing photos, and you can have the moment almost to yourself (and hopefully with no velociraptor-like sounds emanating from your overtired child…).

3. Spend the hottest part of the day back at the inn/hostel/lodge sipping a cocktail poolside while your children take a nap. You will all be that much happier and rested for the afternoon excursion into the ruins.

[Tweet “Angkor Wat with kids? Here’s how to do it! #Cambodia #FamilyTravel”]

Pack for a Purpose: Giving back when you Travel

A Family Adventure in Phuket, Thailand

Our friends at Our Globetrotters also have a great post on Exploring Angkor Wat & Siem Reap with kids. 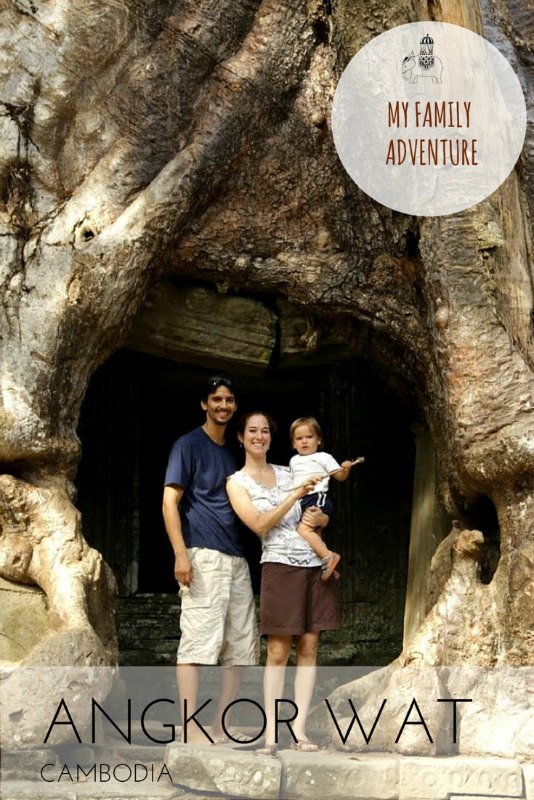