KidZania is a fun, educational city-for-kids where children can take on different roles from firefighters, to nurses, to fashion models. Originally started in Mexico City, the concept is based on learning through play. This part theme park, part miniature town, offers children the chance to do what comes naturally to them, role-playing by mimicking traditional adult activities.

The first KidZania opened in the suburb of Santa Fe in Mexico City in September 1999 and since then, some 10 million children have walked through its doors to play at being doctors, vets, police officers, journalists and more. Each KidZania offers nearly 100 role-playing activities of varying degrees of difficulty in facilities designed to be just the right size for kids.

Children can fly airplanes, host a radio show, try to solve a crime, put out a (fake) fire, make pizza, model in a fashion show and much more. They can even get a Masters Degree to earn more ‘kidzos’ (the play currency) which they can trade, spend or save. It is aimed at kids aged four to fourteen. However, I think the best age to go is around seven or eight years old.

There are now branches all over the world including London, Dubai and here in Manila. Located in Bonifacio Global City, in the heart of Manila’s newest business district, KidZania opened in August 2015 and has been a roaring success.

I was a little sceptical at first because I have never experienced anything like it. On arrival the kids are given their own boarding pass and enter what I can only describe as a giant living board game (reminiscent of the Game of Life). They go from place to place learning, making, exchanging ideas and taking part in activities. The best part is that parents can’t interfere! We have to wait outside each activity and let the facilitators, otherwise known as the ‘Zupervisors’, take charge.

My daughter, Maya, took five of her buddies and they became paramedics, pizza-makers, pilots, beauticians and fashion models. This was just a small slice of what KidZania has to offer so we will definitely need to go back to try some of the other activities.

The security is seriously state of the art so kids can roam freely. They each have a wrist band which sounds an alarm if they were to leave the premises without their parent in charge.

10 Things to do with Kids In & Around Manila

The weird and wonderful Art In Island, Manila, The Philippines

The Best Family Hotels in Manila, The Philippines

Bookmark this page by adding the image below to one of your Pinterest boards: 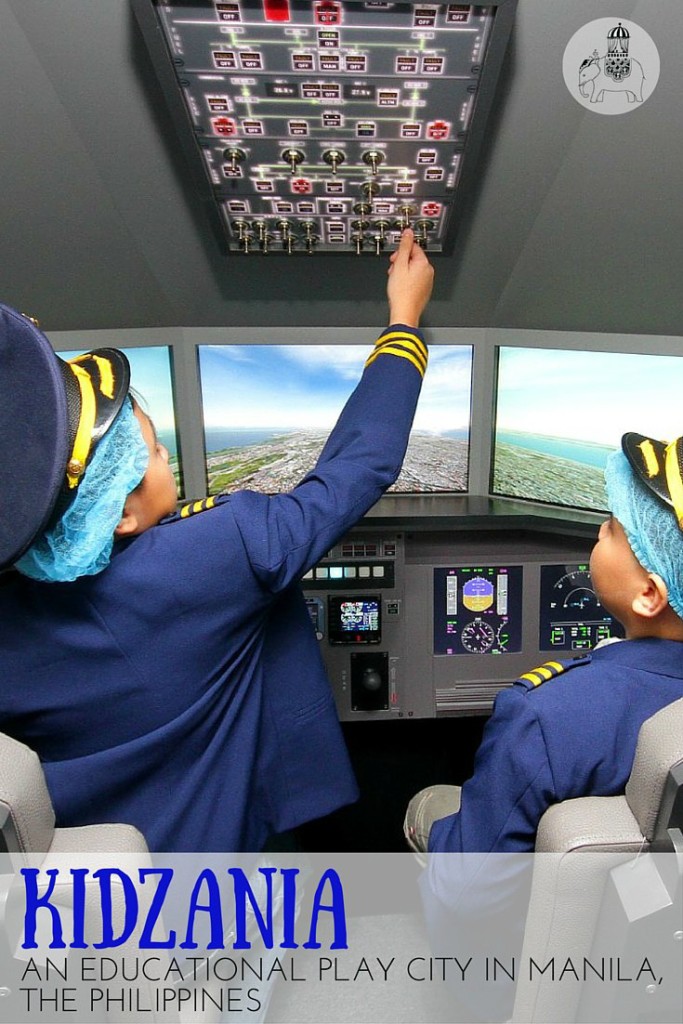 8 thoughts on “The Philippines with Kids: KidZania Manila”