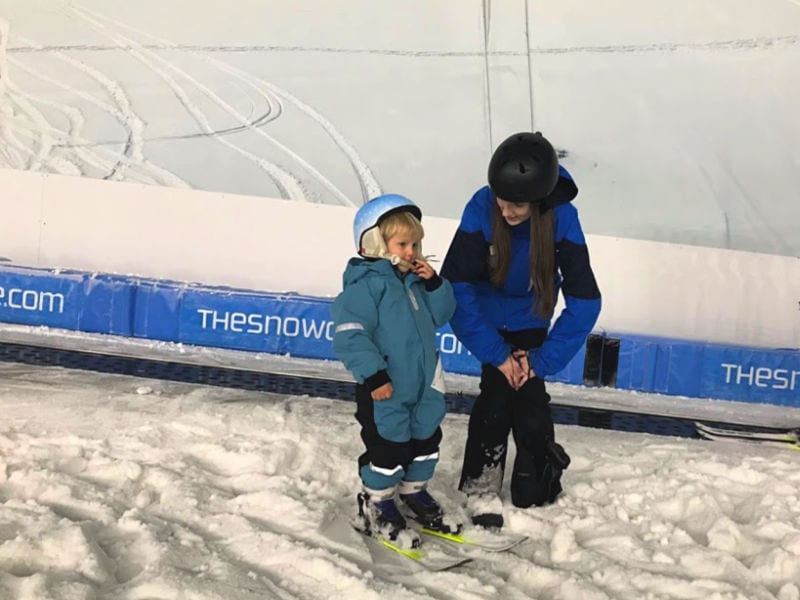 I’ll be honest, Sam’s first time on the slopes didn’t start well. We had arrived at the Snow Centre in Hemel Hempstead in good time but it was a Saturday and it was busy. This meant that by the time we picked up our ski passes and got our ski boots and skis; Sam’s instructor was already waiting for us and his half-hour lesson started before he even had his helmet on.

Teaching a toddler to ski

As any parent who has taken young kids skiing knows, rushing your child to get into their ski gear rarely ends well. Even when skiing on an indoor slope there is just so much stuff to put on! We eventually got on to the beginner slope but there were lots of tears, a very snotty nose and lots of cries of “I can’t walk in these boots” and “I don’t like skiing”. Still, to her credit, Sam’s instructor persisted and we eventually persuaded him to stand on the ‘magic carpet’ (the travelator lift) and suddenly he stopped crying and started to enjoy himself.

The Snow Centre is an indoor ski and snowboard destination, just outside of London (it took us half an hour to get there from north London). My only previous experience of an indoor ski slope was eons ago when I visited one as a child. Then, the surface was made out of plastic tiles and sprayed with a fine mist. Skiing down this synthetic slope felt more like skiing along a long track of lego than being on the mountains. At the Snow Centre, however, you’re greeted with real snow. Yes, real snow!

Real snow centres are becoming more and more popular in the UK and the Snow Centre in Hemel Hempstead is one of six indoor snow slopes that produce proper white fluffy stuff. Temperatures are usually kept between -1°C and -5°C, allowing snow cannons to produce snow the same way they do in many ski resorts.

The Snow Centre has a 160-metre main slope with two button lifts to take you to the top. There’s also a large lesson slope (the biggest lesson slope in the UK) with two travelator lifts (the aforementioned ‘magic carpets’) as well as a small freestyle section. There’s also a small sledging section, the Ringo Slide. Although real snow centres are never going to replace skiing on the mountains, they are a really useful. It’s a great way to try skiing for the first time, before you shell out a lot of money taking the family to the Alps, a brilliant way to brush up on your techniques and an opportunity to try something new, such as snowboarding or some freestyle tricks. It’s also a great way to give kids a feel for the sport. 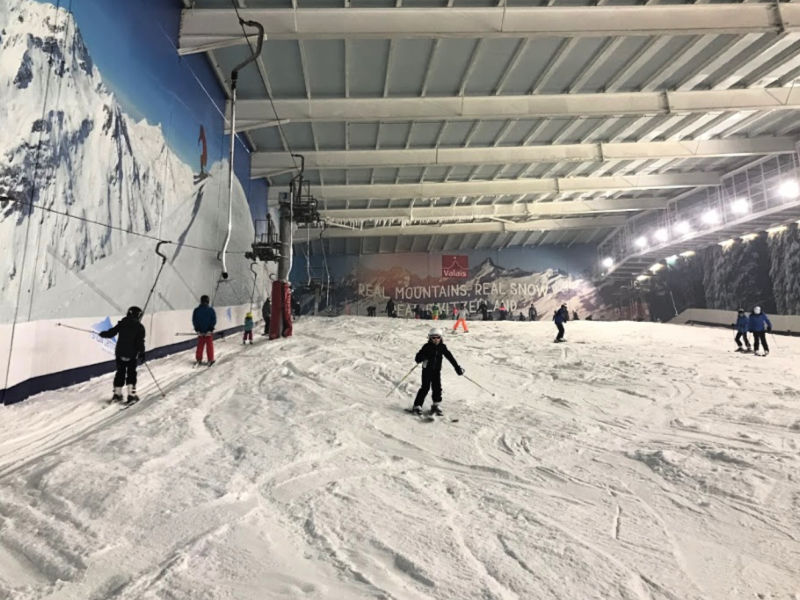 The Snow Centre offers private and group ski and snowboard lessons, freestyle sessions on Thursday and Friday evenings and private family lessons for both skiing and snowboarding. Alfie and Tess have both learned to ski in Morzine and are now confident getting down pretty much any slope. Sam, however, was always too small on previous family ski holidays and had never set foot in a ski boot before. However, given that we’re planning to go skiing in February next year, we thought it would be good for him to try it out and so jumped at the opportunity when the Snow Centre offered us a day on the (indoor) slopes. 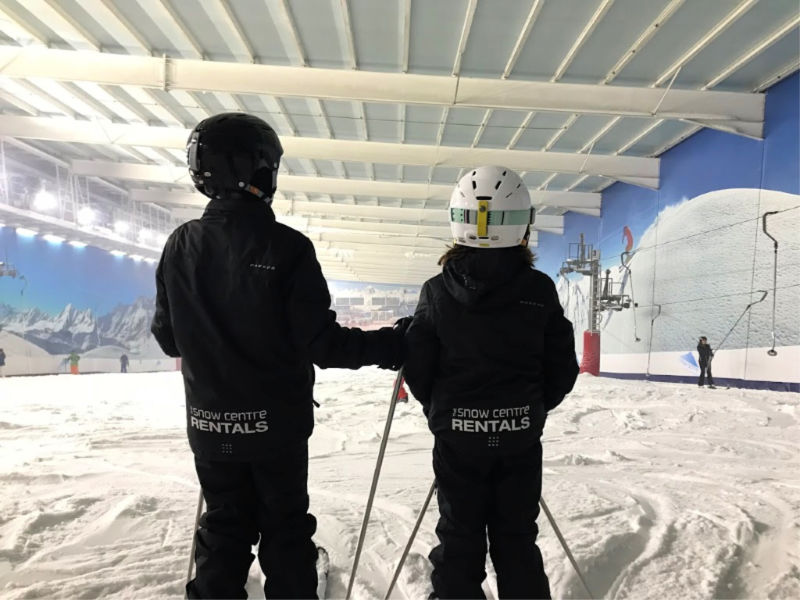 Given our truncated lesson, Sam only got a handful of trips up the travelator and down the beginner run but it gave him a taste of what skiing involves and by the end he was really enjoying himself. I have no doubt that there will be more tears and more complaints that his boots / ski suit / helmet / gloves are uncomfortable when we get out to France, but that’s par for the course when skiing with three-year-olds! 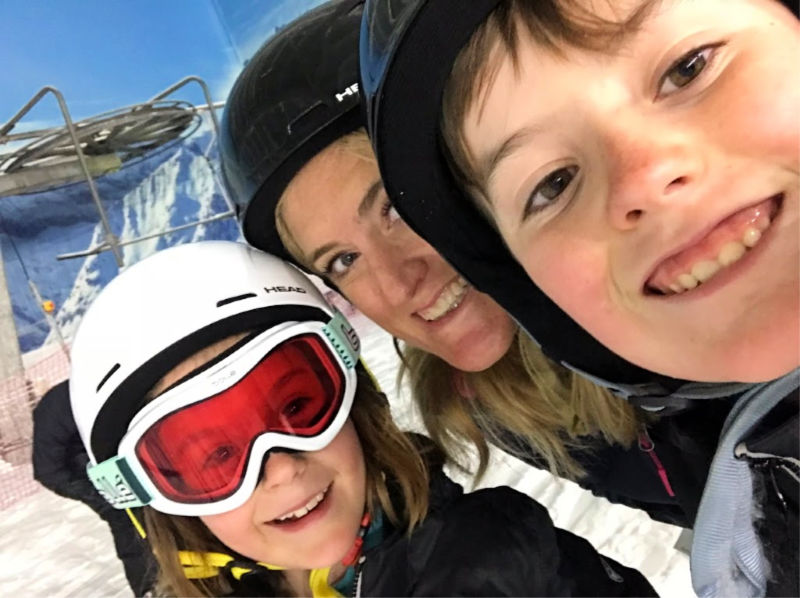 Once his lesson was over, he headed up to the centre’s Alpine restaurant with his dad for a well-deserved hot chocolate and I spent some time with the Alfie and Tess on the main slope. The big kids loved their time at the Snow Centre. The run was the perfect size for them to whizz up and down and get their ski legs back. They also really enjoyed the small freestyle section where they could practice their jumps (Thursday and Friday evenings see the centre transform into a freestyle park with boxes, rails and kickers). 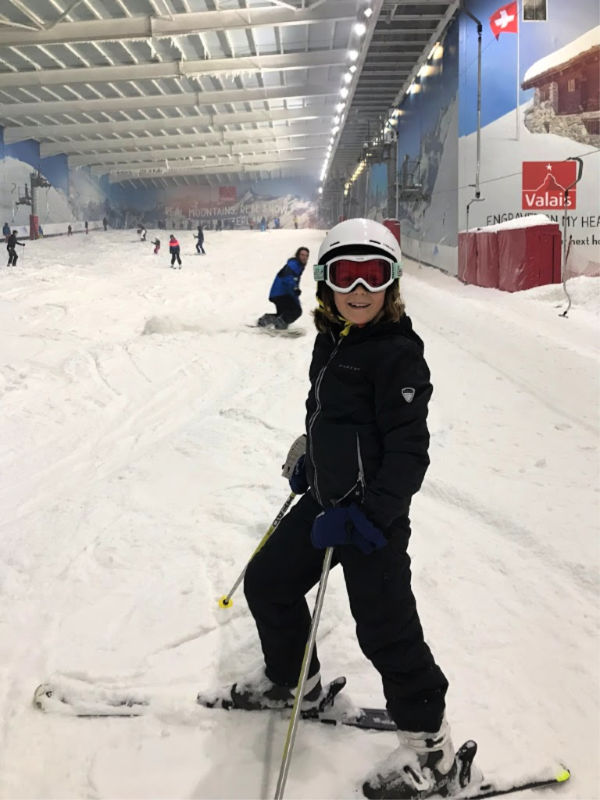 Your ticket price includes all the essential ski gear including ski boots, skis, poles and helmets. It was -5C when we visited so it’s worth wrapping up warm even if you only plan to be on the snow for an hour or so. Make sure your trousers are waterproof, that you have warm gloves, warm mid-layers (the kids wore their thermals) and a good jacket. If you need ski jackets and trousers (or if you forget your children’s like I did!) then they are available to hire and you can buy inexpensive gloves and socks. You really don’t need goggles although Tess insisted on wearing hers. 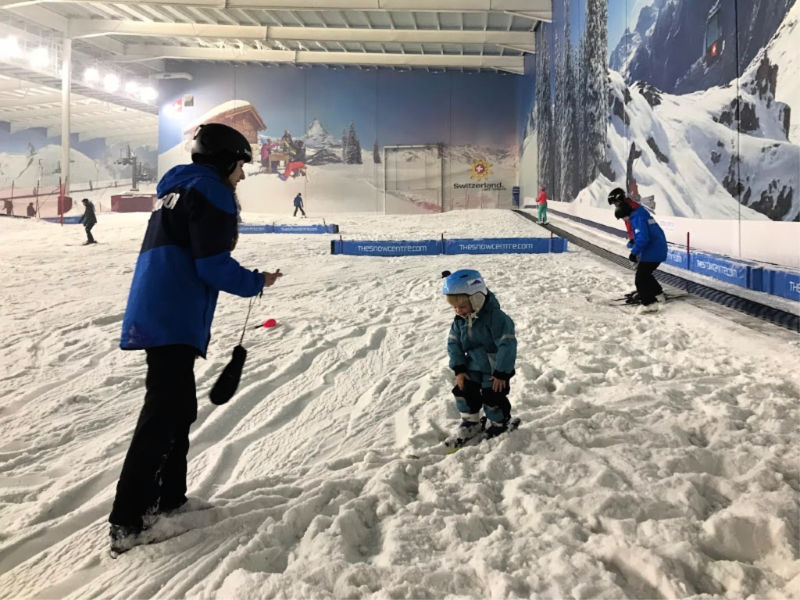 Booking a time slot or a lesson at the Snow Centre is very easy and everything can be done online. There are lots of different options available depending on whether you want an hour’s skiing or a lift pass valid for a month. Lessons for all abilities can be taken in groups or privately and are less expensive if taken mid-week. A 30-minute private lesson for someone Sam’s age (3-5 years) is £69.50 at the weekend and £57.50 mid-week. A two-hour weekend lift pass, like we had for the four of us, costs £83.20; you also save 10% if you book online. Post-visit you receive an email offering you a discount to book again.

Overall our time at the Snow Centre was a really fun day out; Alfie and Tess loved getting back on the snow and Sam now thinks he’s an awesome skier! 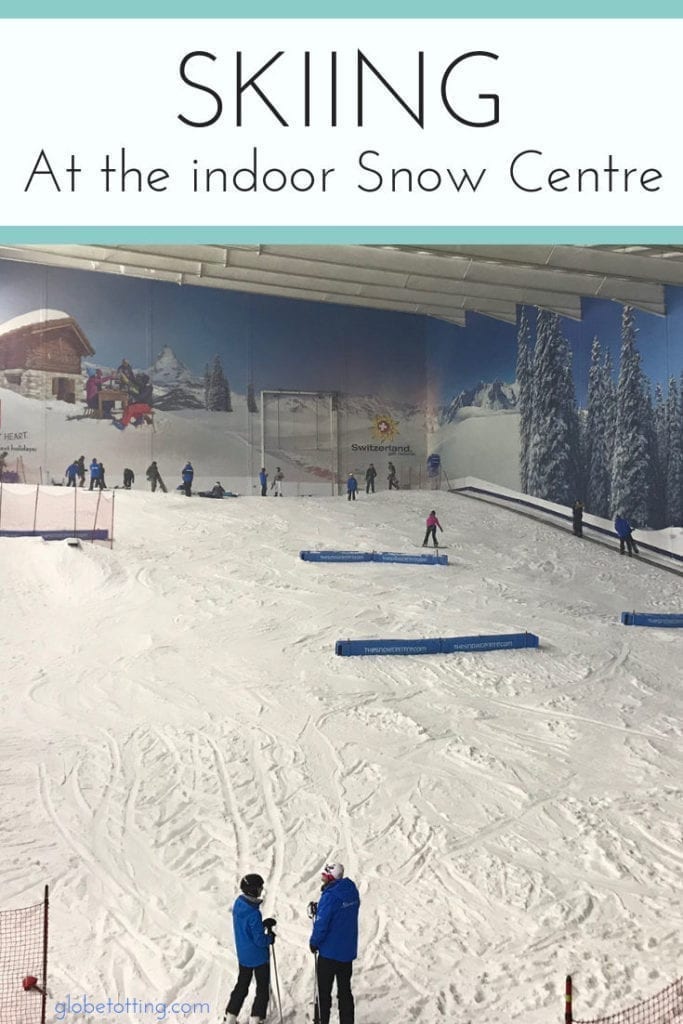 Disclosure: We were hosted by the Snow Centre for the purpose of this review. All opinions are, as always, entirely my own