In 2014 a British family of five set off on what most people would call, a once-in-a-lifetime adventure. They packed up their belongings, took their kids out of school and set sail on Aretha, their 53-foot sailboat. Only, this journey was just the start of their adventure and one that Caspar Craven, the dad of the family, has shared in his book Where the Magic Happens: How a young family changed their lives and sailed around the world. 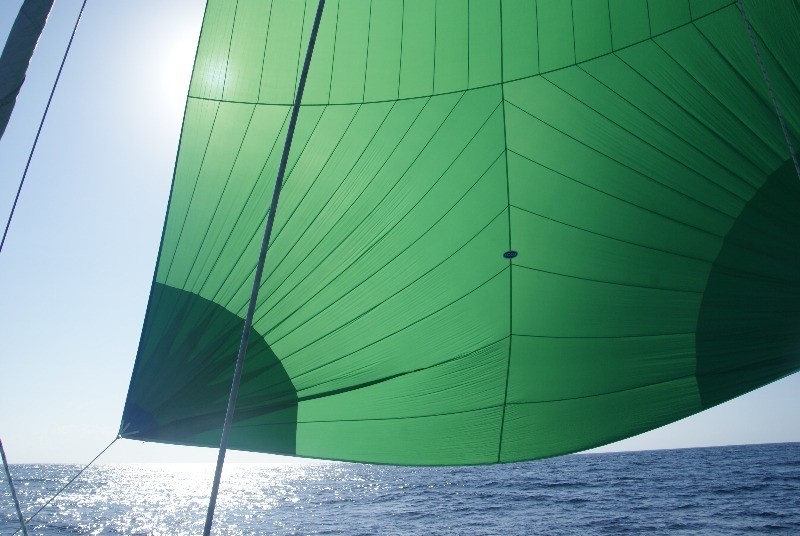 The book details the Craven’s family adventure from idea to reality, a process that took about five years. The catalyst for the journey was not a lifelong ambition to take their children, then aged nine-, seven- and two-years-old, sailing around the world but rather because their family needed a change. They were, as Caspar describes, a normal family living a normal life in suburban London. But they weren’t very happy.

“Back in 2009 when we had this idea my business was losing money, I was working 16 to 18-hour days, my marriage was uncomfortable and I wasn’t seeing the kids”, says Caspar. 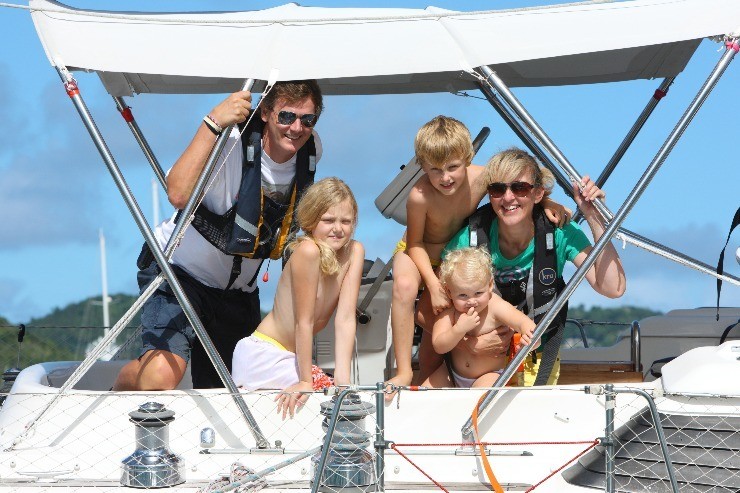 “There was a whole world out there to explore and we had the feeling that we were racing through our lives with things that in reality weren’t all that important.”

But, he says, literally everything changed the moment they decided to embark on this “crazy adventure”. From the moment the idea had been raised at a family lunch one summer’s afternoon, Caspar and Nichola began planning, organising and dreaming. There were the practical issues such as how they were going to fund their journey and what kind of boat they should buy. There was also the small matter of learning to sail! Although Caspar had grown up around boats and had competed as the youngest crew member in the BT Global Challenge (otherwise known as the World’s Toughest Yacht Race), Nichola had only been on two flotilla holidays and was prone to seasickness.

If you feel inspired, take a look at this post for ideas on how you can plan a family gap year. 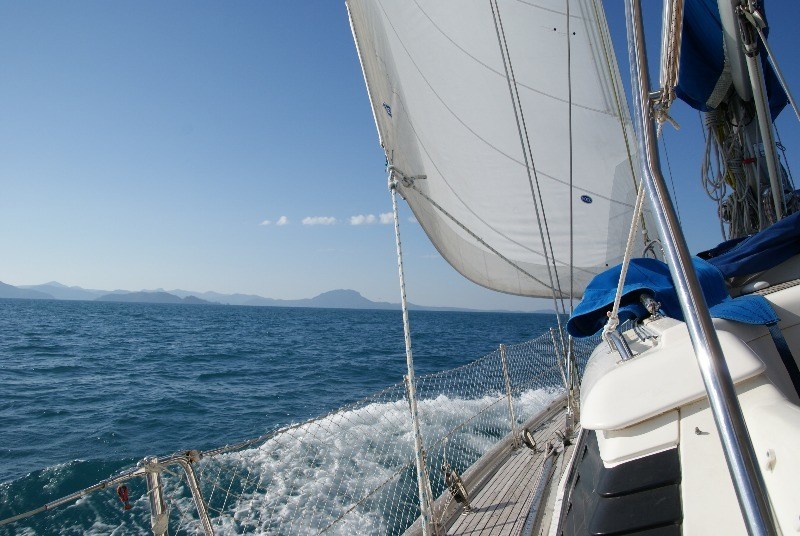 And then there were the kids, two children who had never sailed when Caspar and Nichola initially had the idea (and who then became three children by the time they set sail). The Cravens involved the kids from early on, talking about where they might want to go and what they might want to see. As a family, they cut pictures out of magazines and created a vision book that all the family contributed to. This plastic folder lived on their kitchen table as a daily reminder of what they were working towards.

“Many people assume you need to be wealthy before you can live your dream. We did it the other way around. We made the decision to put our dream first and then created the wealth to make it happen.”

The family eventually set sail in autumn 2014 from Portugal and headed towards their first stop, the Canary Islands. From here, there followed two years of incredible adventure as they circumnavigated the globe visiting some of the world’s most beautiful places – as well as battling tropical storms, monstrous swells and a complete power failure in the middle of the ocean. 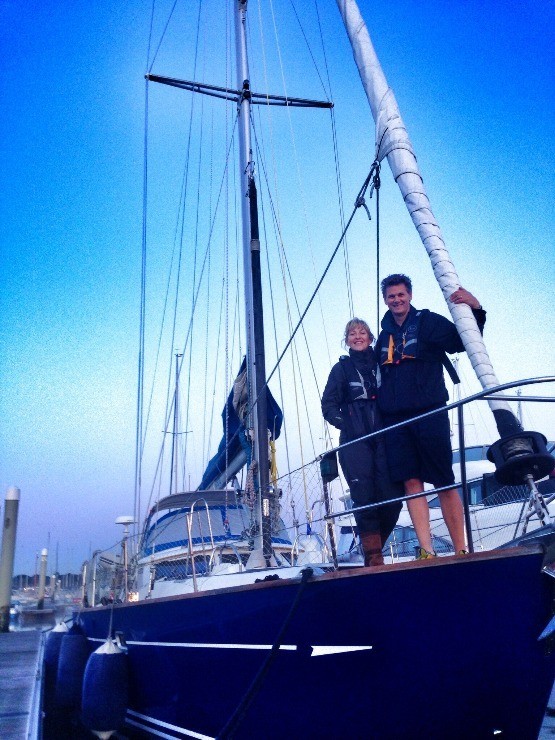 So, where does the magic happen? When you read the book, you realise that the magic that Caspar talks about happens on two levels. The obvious magic is jumping into the crystal-clear waters of Mexico, swimming with sharks in the Tuamoto Islands and snorkelling the Technicolor reefs surrounding the Cocos Keeling islands. But the magic also occurs at a deeper level and it involves the family getting to know one another, relying on one another and working together as a team.

And this is where this family adventure differs from perhaps some of the others that you might have read. This journey itself was never their end-goal, rather this was always meant to be the starting point for new and exciting things in the future. The trip was never going to be a one-off, it was always going to be a catalyst for fundamentally changing their lives.

Where the Magic Happens is not just the tale of the Craven family’s journey but also a guide for other families who are looking to ignite a change in their lives. Caspar offers practical tips and encouragement through the book as he details how they transformed their idea from dream to reality. 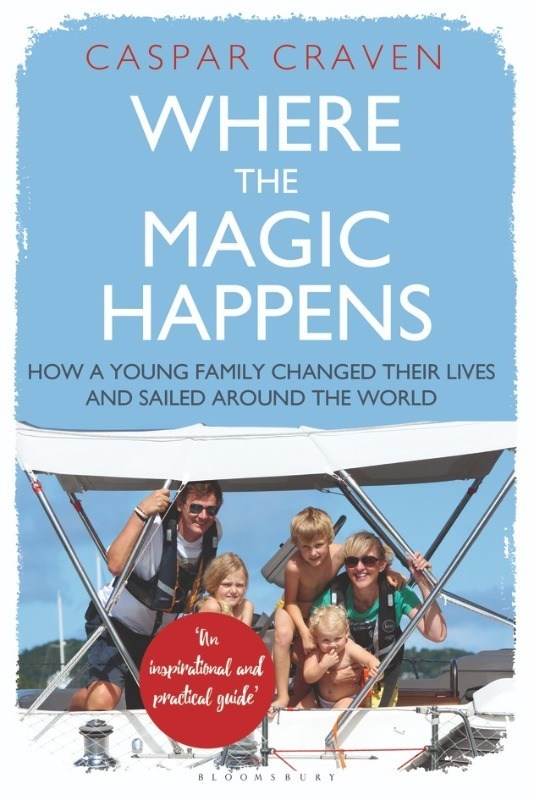 But even if the idea of sailing around the world for two years just isn’t possible (or, like me, you only like to sail if dry land is visible at all times!), Caspar believes that you can change your family’s lives if you really want to.

“The key thing is about creating a story that’s exciting for you and your families,” says Caspar. “Find the things that are important to you and your partner and create a narrative for that. It doesn’t have to be an epic around-the-world adventure, it could be a two-week campervan holiday. The point is to work together as a family to create your own narrative.”

And that’s what is really lovely about this family’s tale. Yes, they experienced an incredible adventure, they saw amazing things and they certainly have a great travel tale to tell. But that’s not what is at the heart of this book. Instead, it’s about transforming relationships, becoming a team and really getting to know your children; something I’m sure we could all benefit from.