There’s no doubt about it, Ireland is an incredible country to visit with kids. Stunning, easy to travel around, family friendly and with guaranteed good craic (and bucketfuls of fresh air), Ireland always delivers when it comes to family adventures.

The only trouble is, however, that its relatively small size dupes first time visitors into thinking they can see everything in the course of one week. Plenty of families make the mistake of flying into Dublin, hiring a car and racing around the country trying to tick all the big ticket items off their list. By the end of their holiday they are worn ragged.

We say, the best way to enjoy Ireland is to opt for slow travel so that you an really enjoy your family trip on the Emerald Isle. Pick a handful of must-sees and then plan to come back again!

But where to start?

If you’re planning a trip and wondering where to go in Ireland with kids then this post is a good starting point. This post has been designed for a first time visit to Ireland. You don’t have to visit everywhere on this list but it will help you with your planning.

Of course, if you don’t feel like planning it all yourself then another option is to get an expert to organise it all for you. These tours to Ireland are a great place to start.

Disclosure: AD | I have been or could be if you click on a link in this post compensated via a cash payment, gift or something else of value for writing this post. See our full disclosure policy for more details.

The 5 best places to go in Ireland with kids

This list is by no means exhaustive, it’s merely meant to act as a starting point for your first trip to Ireland. We haven’t included, for example, the Giant’s Causeway in Northern Ireland or the Aran Islands in this list. That doesn’t mean that they are not worth visiting (they are incredible!) rather we think that they are great destinations to save for your second Irish holiday.

Every Ireland itinerary should include Dublin. The capital of Ireland is also the country’s most populous city. Some of the most famous sights include Dublin Castle, Trinity College Library, St. Patrick’s Cathedral and St. Stephen’s Green.

There are also plenty of attraction for children from some excellent museums and immersive tours to a Chocolate Warehouse (with fun family activities) and Dublin Zoo, Ireland’s largest zoo. Dublin is also home to Phoenix Park, one of the largest enclosed public parks in any European capital city. It started life as a royal hunting park in the 1660s before being opened to the public in 1747,

The other great thing about Dublin is that there are some excellent family day trips to take from the city. Favourites include Howth Cliff, that lies to the north of Dublin. The Howth Cliff Walk is a must for taking in the views.

Just south of Dublin is Wicklow, otherwise known as the ‘Garden of Ireland’. It’s stunning with mountains, lakes and beaches galore. Explore on horseback, two wheels or in a kayak – there is so much to do here, which explains why its one of the most popular day tours from Dublin.

Kilkenny Castle is another good reason to leave Dublin for the day. This castle dates back to Medieval times and is one of the finest examples of a 12th century Norman castles in the world. Don’t miss Kilkenny City while here, during the Middle Ages this charming town was the capital of Ireland.

The Ring of Kerry

Ok, so this is less one destination and more a driving route. Nevertheless, it really should be on your Ireland wish list. This scenic circular drive around the Iveragh Peninsula in southwest Ireland’s County Kerry is simply stunning.

The 179km-long Ring of Kerry takes in some of Ireland’s most spectacular scenery including beautiful beaches, dramatic mountain passes, rugged coastline and small villages. It’s a magical place.

During warmer months you can boat trips run from Portmagee to the Skellig Islands, 12km off the coast. On the summit of Skellig Michael is a well-preserved monastery dating back to the 6th century. The island gets its name from Saint Michael the Archangel.

Other places you should stop at while driving the Ring of Kerry include Ross Castle, a 15th-century tower house and keep which is located on the edge of Lough Leane in Killarney National Park. In the park itself is Torc Waterfall, a stunning 110-metre tall waterfall, and Muckross House, a 19th century Victorian mansion.

It’s also worth stopping off at Kells, a small village halfway between Glenbeigh and Cahersiveen. This is where you’ll find one of Kerry’s only Blue Flag Beaches, Kells Bay. From here you can see Dingle Bay on the Dingle Peninsula, which itself is home to ancient ruins and stunning beaches.

Just when you think you’ve seen Ireland’s best-looking county, you arrive at another destination where the landscape appear to be even more breathtaking. This is certainly the case with Connemara in County Galway, western Ireland. Here, the rugged landscape is characterised by the Twelve Bens mountain peaks, wide sandy beaches facing the Atlantic Ocean and the network of lakes that make up the Roundstone Bog. Connemara National Park is also home to a herd of Connemara ponies, the only horse breed native to Ireland.

The main town in Connemara is Clifden, which is a great destination for traditional Irish music. Several venues around town have regular live music performances. You’ll also discover the ruins of Clifden Castle, which was built in 1818 for a local landowner in the Gothic Revival style.

Make sure to stop by Kylemore Abbey while exploring Connemara. This beautiful castle sits on the shores of Lough Pollacappui and has been home to a Benedictine order of Nuns for the last 100 years. The estate covers 1,000 acres is home to one of the last walled gardens built during the Victorian period in Ireland. It was so advanced for the time that it was likened with Kew Gardens in London.

The Cliffs of Moher

There’s a good reason why the Cliffs of Moher are one of Ireland’s most famous sights, they are spellbinding. If there’s one place you should put top of your list when planning Ireland family vacations it’s these sea cliffs located at the southwestern edge of the Burren region in County Clare along Ireland’s famous Wild Atlantic Way.

The cliffs, which take their name from a ruined promontory fort ‘Mothar’, rise dramatically 214m above the Atlantic Ocean and run for more than 8km along the Clare coastline (they are not dissimilar to the Látrabjarg cliffs in the Westfjords of Iceland).

Given how popular the cliffs are do be prepared for crowds. There are, however, a handful of ways to enjoy this geographical marvel without too many other people around.

One option is to time your visit for sunset, which tends to be much quieter. Another is to take a boat tour and see the cliffs from the sea. A third option for avoiding crowds at the Cliffs of Moher is to see them from the Hag’s Head side. Head for the Cliffs of Moher Liscannor walk and you’ll find not only cheaper parking but fewer crowds than if you were to go to the main entrance and visitor centre.

Every family holiday to Ireland should include at least one Irish castle and you can’t go wrong with a visit to Blarney Castle. Located just north of Cork lies one of the most famous castles in the country, built nearly 600 years ago.

But it’s not necessarily the castle that draws the crowds – although there’s no denying that the stronghold and grounds are mightily impressive – rather its the prospect of kissing the Blarney Stone.

The exact origins of the stone are unknown (although there are plenty of myths and legends surrounding the rock) but that hasn’t stopped it from becoming one of Ireland’s most famous tourist attractions.

Legend has it that if you give the Blarney Stone a kiss (which must be done by learning backwards while holding onto two railings) you will be bestowed with the gifts of the gab. The word “blarney” means eloquence. 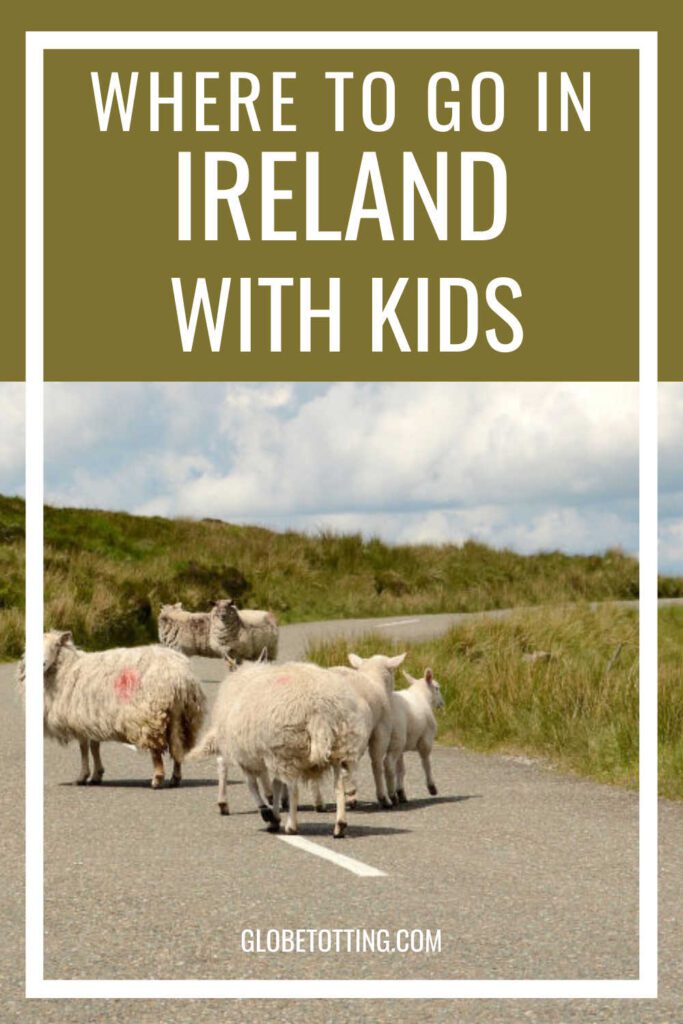