Retracing my childhood steps through Edinburgh and its environs with my two children and their Grandmother was a nostalgic journey in rediscovering our pasts. Instead of making a beeline for Edinburgh’s most popular attractions and Celtic monuments, or ticking off a list of the best places to visit in Edinburgh, our trip consisted of local favourites which my sister and I had visited annually during the 1980’s and early 90s with our Scottish relatives.

The places we visited in Edinburgh meant different things to both me and my mother; for me they were the gatekeepers of a carefree childhood and for my mother they guarded the memories of her youth as a child, a student and then a newly-wed. So here we were back in the ancient Scottish capital for five days, ready to carve out new memories for a third generation to treasure and create our own Edinburgh travel guide.

Things to do in Edinburgh with kids 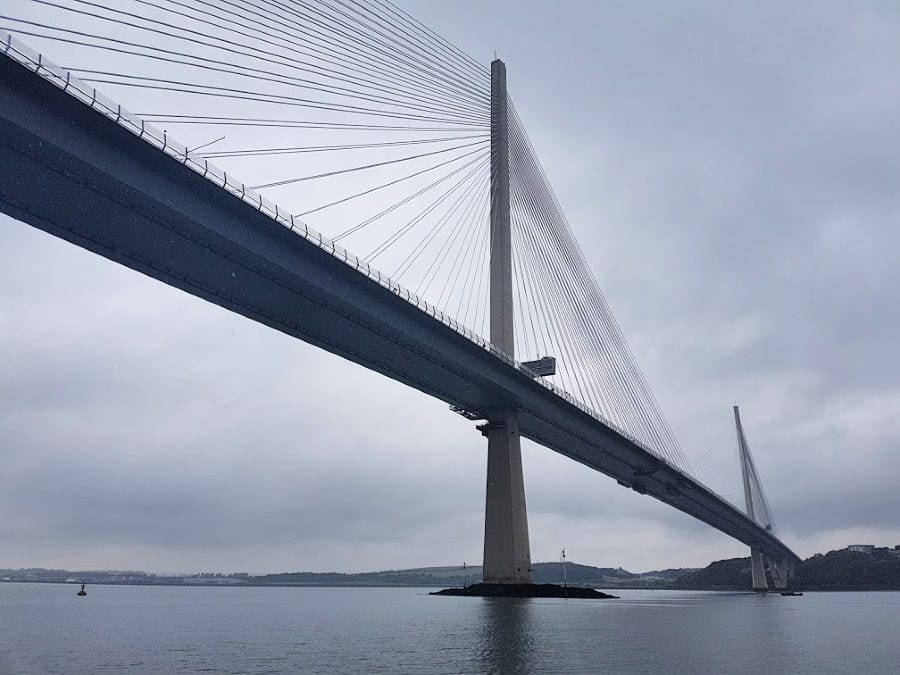 Visiting cities with small children can be tiring but Edinburgh offers miles and miles of open space, countryside and coastal walks, right on the city’s doorstep. Kids can play on beaches just a 40 minute drive from the city centre and all these places are accessible by public buses. So if one or two days in Edinburgh is all the kids can handle for sightseeing and museums, then heading to the beach or countryside is a great option for getting everyone outdoors in the wilds.

I am proud of my Scottish heritage and wanted to show my globetrotting children where their roots are. The best way to show them this was to climb up the top of the hills overlooking the city, forage for local raspberries, listen to local tales such as Greyfriars Bobby and Tam O’ Shanter, stroll through Morningside and read the children the [easyazon_link identifier=”1871705002″ locale=”UK” tag=”globetottingc-21″]Maisie the Cat[/easyazon_link] stories which are set in this neighbourhood, introduce them to some local flavours (although the fish and chips and ice cream went down better than the haggis!) and watch (and take part in) the iconic street theatre in the heart of Edinburgh. If you want to hear what kids think about Edinburgh, then take a look at this post.

South Edinburgh is the gateway to the Braids, Blackford and Pentland Hills – miles and miles of rolling hills speckled with golf courses and woodland. Blackford Pond is an idyllic pond set at the foot of the Braids and perfect for a stroll and duck feeding session. There is a 30 minute hill walk from Blackford Pond up to the top of Blackford Hill which boasts spectacular views over Morningside and across to Arthurs Seat. Our children had great fun meeting all the dog walkers and picking oodles of wild raspberries (raspberry season is usually during June and July). At the top of the hill sits the Royal Observatory, which is a working observatory for professional star gazers.

2 Days in Edinburgh: The City

If you’ve got 48 hours in Edinburgh then you can see so much. After taking in the city from the top of Blackford Hill it was time for us to explore our favourite places downtown. We took the kids to the magnificent National Museum, the iconic Greyfriars Bobby statue, followed by a walk down Princess Street Gardens and finally we made our way up the Royal Mile to watch the street theatre.

Lucky for us Granny had a great local tip to search for the winding staircase up to the roof terrace on the 7th floor of the Museum where we could have a picnic and drink in the magnificent view of the Edinburgh skyline and Castle. My daughter Maya loves listening to the tale of Greyfriars Bobby (the Skye Terrier who was loyal to his master never leaving his grave), so it was a pilgrimage for her to visit his little statue. Princess Street Gardens is a great place for the children to run free, sample some delicious ‘Lucas’ ice cream and play in the park. Edinburgh is home to the famous Fringe festival which kicks off in August, however, street theatre has since become a regular all year round feature on the Royal Mile, which stretches between the castle and Holyrood Palace with some impressive routines on show.

If you want to see Edinburgh in a day (or you only have 24 hours to spend here) then the city centre is where you’ll see the Scottish capital’s best sights and really soak up the atmosphere. If you’re on a weekend trip to Edinburgh, combine the city with my favourite, Gullane Beach (see below).

As a child we would visit Gullane Beach (pronounced Gillan) and it is this strip of dunes, rocky outcrops and blustery headland which my son was named after. The area is famous for its golf course and is one of the best day trips from Edinburgh. The large sweep of beach is great for making sandcastles, rolling down the dunes, investigating rock pools and kite flying. We sheltered from the wind behind the dunes which run parallel to the beach along a windy sea grass and wildflower path. On the drive home we stopped at a favourite childhood haunt, Lucas Ice Cream Parlour. This retro parlour serves up any number of ice cream based concoctions from knickerbocker glory, ice cream sundaes, ice cream floats and my favourite marshmallow filled, chocolate coated wafer ice cream sandwiches. Delicious!

On wet weather days Edinburgh has a number of attractions. A good place to take the children is Dynamic Earth by Holyrood Palace which tells the story of the evolution from the Big Bang Theory up until the present day. It is a journey through simulated erupting volcanoes, the arctic, rainforests and space. Dynamic Earth proved a big hit for our oldest since she already had a grasp of the ancient hills of Scotland and their prehistoric beginnings.

One must do in Edinburgh is a climb up Arthurs Seat (the large hill which dominates the city), which is living proof of the prehistoric volcanic activity which the children had witnessed at Dynamic Earth. There are a few options for hiking up the hill – either from the base (allow approximately one hour) or cars can access a three quarter way point by driving to Dunsappie Loch which makes the hike a mere 30 minute walk for little legs.

5 Days in Edinburgh: The Three Bridges

One of my favourite memories of Scotland is marvelling at the Forth Road Bridge and imagining as a child the daunting task of painting such a giant. On day five we boarded a little life boat, Maid of the Forth, and took a trip from Queensferry around Inchcolm Island and under the three bridges each built in a separate century (1890, 1960 and 2017). During the one hour trip we saw puffins, kittiwakes and ganets, several seals lounging on the rocks, as well as the old Abbey built by Alexander 1st of Scotland. After our boat trip we drove 20minutes to the sleepy fishing village of Cramond where a causeway links the tidal Island with the mainland. The kids had a lot of fun walking along the causeway at low tide and poking around in the mud for buried treasure.

If you’ve got more time and are looking for the best things to see in Edinburgh then the following are some of the main attractions.

Where to stay in Edinburgh

We chose to stay at the Mortonhall Campsite in South Edinburgh, since it is well located for accessing all the expeditions we had planned, being only four miles from Edinburgh Town Centre and connected to all the major bus routes. The camp site is a great little find with rustic Wigwams, Shepherds huts, Holiday homes (with shower and toilet facilities) as well as caravan and tent lots.

Mortonhall is located on a gorgeous country estate making it a stunning backdrop for a chilled-out camping break. Next to the camping ground is the Stables pub which serves traditional Scottish comfort food and has a superb traditional courtyard for sitting outside on a sunny day. There is also a convenience store, laundry and wonderful playground. My two children were happy with daily visits to the playground, and walks through the woodland gardens, forests and bridle paths which are all walking distance.

Our family stayed in a three-bedroom holiday home (two twin rooms and one double) with two bathrooms (one ensuite), little living room and kitchen. The single beds were tiny buy perfect for our little team.

If camping doesn’t appeal then the Braid Hills Hotel offers a characterful alternative stay in a Victorian building, with distinctive corner towers and amazing stained glass windows within 11 hectares of mature parkland and views of the Pentland Hills. If you want to blow the budget the Balmoral Hotel located in the heart of Edinburgh has everything a 5* hotel can offer.


What to eat when you’re in Edinburgh

Since I spent all my childhood holidays in Edinburgh, Scottish nosh is the epitome of comfort food. Here are a few of my favourite dishes which are best eaten on a cold blustery day:

We were travelling from London and although there are various ways to travel from London to Edinburgh we chose to drive. The drive takes about eight hours and we broke up the drive by staying in Yorkshire which is approximately half way. If you’re flying then flights arrive at Edinburgh International airport; buses from London Victoria ply the route up to Edinburgh and are a good deal if you’re on a budget (but not necessarily if you’re with kids!). One of the best ways to travel to Edinburgh is by train with most trains (if not all) arriving at Waverley Station in the heart of the city centre. If you’re exploring more of Scotland then take a look at this post on Dundee with kids.

Oh, I do like to be beside the seaside! 6 Holiday homes in South Devon

The best bookstores in London for kids 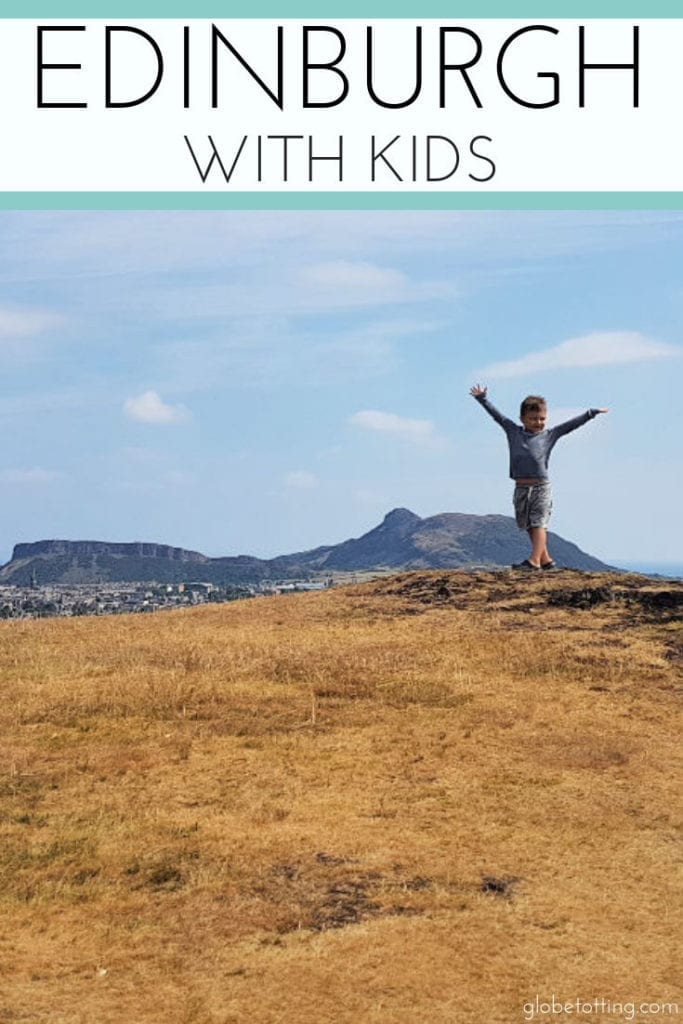