It’s hard to believe that we’re already in the month of July. June was a jam-packed month for events in London with the highlight being the undisputed Platinum Jubilee celebrations. You’d think that after such a busy calendar month that July might be a little quieter…but it’s not!

There are lots of fun things taking place this month from the Wimbledon Tennis Championships and the RHS Hampton Court Palace Festival to London’s Pride parade, which celebrates its 50th anniversary this year and lots of live music (although none with the backdrop of Buckingham Palace this time round sadly).

There’s also rumours that an ice cream festival is coming to Covent Garden although dates have yet to be released.

July is also a good time of year to visit some of the best museums in London, before kids finish for the school summer holidays! Wonderlab at the Science Museum is always a hit (as is the Science Museum itself) and Dippy is back at the Natural History Museum.

Sunny days are also a good time to head to Borough Market and sample some of London’s best street food and don’t miss out on afternoon tea.

Don’t forget to explore the free things to do in London either; some of the best free things to do with kids include watching the street performers in Covent Garden, spending time in the Royal Parks and seeing the Changing of the Guard.

And, if you haven’t tried the Terrible Thames boat tour along the River Thames (brought to you by the team behind Horrible Histories) then now’s the time to book tickets! It really is one of the best way to see London from the river.

Get ready to be entertained with the best things to do in London in July.

Superbloom at the Tower of London

The Tower of London’s big Jubilee event, the Suiperbloom, opened on June 1 and the Tower’s moat will be transformed into a colourful field of flowers until September 18. Pop in and see the Crown Jewels while you’re there.

Where: The Tower of London; Tower Hill

101 Dalmations at the Open Air Theatre

This big summer musical was due to open last year but we all know what happens then. Instead this musical version of Dodie Smith’s novel (and subsequent Disney cartoon) is brought to life at Regent’s Park Open Air Theatre in central London with a stellar cast and some impressive puppetry.

As all good Harry Potter fans know, Professor Sprout’s Greenhouse is where Harry and his friends were taught their Herbology lessons with Professor Pomona Sprout. Now you too can step inside and pull out a potted Mandrake, just watch out for the Venomous Tentacula hanging from the ceiling! This takes place at the Warner Bros Studios.

Where: The ‘Warner Bros Studio Tour London – The Making of Harry Potter’ in Watford.

The Kaleidoscope Festival at Ally Pally

There are lots of music festivals taking place this summer and the Kaleidoscope Festival is one of them. Taking place on Saturday 23rd July in Alexandra Palace, North London, the all-day festival promises bands (including Orbital and the Happy Mondays), DJs, Comedy and more.

Taking place in Earls Court and Cavendish Square this year is the always-popular Underbelly Festival. Not everything is family-friendly but there are some great shows for kids including Chores, about a brother and sister playing in a messy bedroom, the Amazing Bubble Man and Comedy Club 4 Kids. We’ve been to the Underbelly Festival a couple of times now and always have a great time.

When: Until the end of July

Where: Earls Court and Cavendish Square

CBeebies at the Royal Albert Hall

As part of the BBC Proms at the Royal Albert Hall families are invited to join their CBeebies friends on an underwater adventure.

Festival of Archaeology at the British Museum

The theme of this year’s Festival of Archaeology at the British Museum is ‘Journeys’ with events taking place in various locations across the Museum. It’s a free and very family-friendly event that allows kids to immerse themselves int eh sights, smells, and tastes of our shared paths.

Where: The British Museum, closest tube Tottenham Court Road, Holborn, Russell Square or Goodge Street; Free but you must book a timed ticket to enter

The Tiger Who Came to Tea

The charming story of Sophie and her mummy who are visited by a very hungry tiger is returning to the stage this summer. The Tiger Who Came to Tea will be staged at the Theatre Royal Haymarket and opens on 11 July, running until 4 September.

Family events at the V&A Museum

There are lots of fun family events taking place at the V&A in July including drop-in workshops exploring patterns, a Music Makers workshops and a Wind ‘n’ Weave workshop. I also love the sound of this Make-it Fashion workshop and am looking forward to the Africa Fashion exhibition.

When: Throughout the month of May, check the website for details

Where: The V&A Museum, closest tube South Kensington; some workshops are paid-for.

Mystery at the Museum: The Search for Dippy

One for teens in London is this mystery at the Natural History Museum set in 1905. Can you discover who is threatening to steal parts of Dippy the Diplodocus? This escape room-like game takes place in the Museum after hours and is for kids aged 13+.

When: Tuesday 19 July (the event will also take place on 16 August)

Where: The Natural History Museum, closest tube South Kensington; tickets are £35 each

Summer of Fun at KidZania

The City for Kids has a Summer of Fun lined up with a face painting, parades, a new summer trail, streetmosphere, and activities inspired by Jack & The Beanstalk.

When: Throughout the summer

The Uniqlo Tate Play sessions continue this month with Make Studio: Embellish. Taking place on Wednesdays and weekends until 17 July, the drop-in workshop invites kids to use a variety of materials to make a colourful creation.

Taking place on Saturday 16 July is a fun family activity at Tower Bridge where kids are invited to doodle the view from the bridge’s Walkway. This challenge is inspired by artist Melissa Scott-Miller – who might just be there creating her own panorama of the view from the West Walkway when you are!

Family events at the Horniman Museum

There are lots of fun summer events taking place at the Horniman Museum this year starting with the Flower Power Family Rave. Hosted by Big Fish Little Fish, this family-friendly party promises to be lots of fun.

‘Act-on it!’ at the London Transport Museum Depot

Family fun at the Cutty Sark

Taking place on the first weekend of every month the Cutty Sark Family Weekends include workshops, songs, activities and experiences for all ages from storytelling to giant board games.

This exhibition at the Foundling Museum has been going for a few months now but if you haven’t seen it then you’ve got until the end of August. The exhibition explores the representation of foundlings, orphans, adoptees, foster children through 125 years in comics.

Also at the Foundling Museum are some family-friendly workshops that start on 26 July. Workshops include Marvellous Marvel Me, Make Your Own Comic Book and Design Your own Superhero among others.

Where: The Foundling Museum, closest tube Kings Cross St Pancras and Russell Square; Free but workshops need to be booked in advance

On 22 July Buckingham Palace open its gates for 10 weeks, welcoming visitors to tour the magnificent State Rooms including the Throne Room, the Ballroom and the White Drawing Room.

Find Your Poetry Day at the Southbank Centre

Release your inner poet during this day of free workshops and readings at the Southbank Centre. Aimed at children aged 11 – 17.

Where: The Southbank Centre, nearest tube Waterloo or Embankment; free but you must register 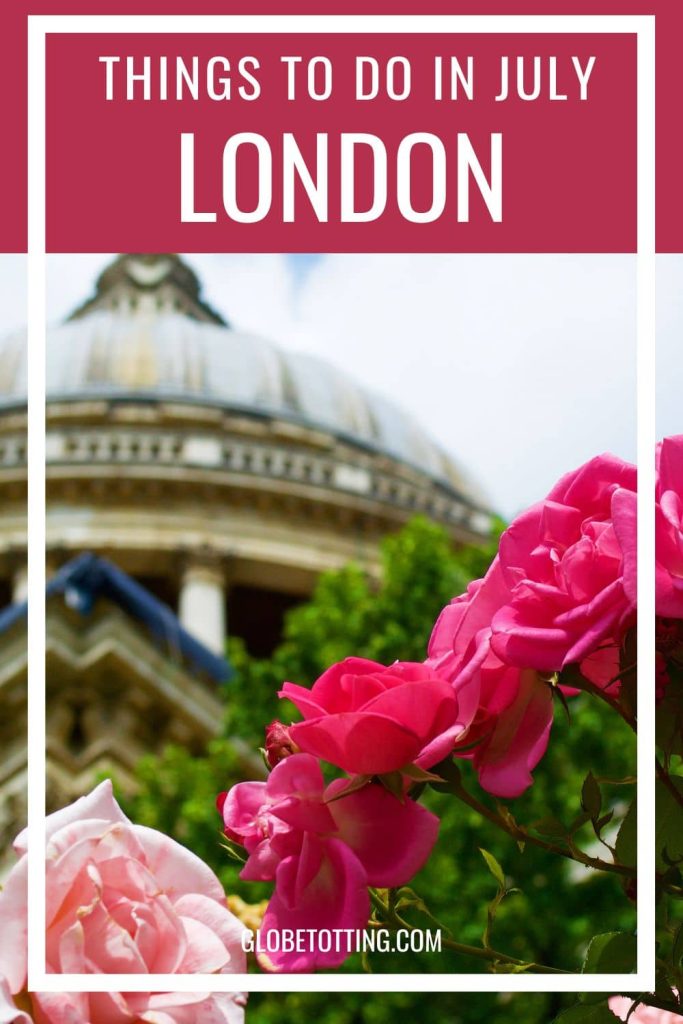