Guest post and photos by Jameela Deen, founder of the blog Diary of a Serial Expat

A Family Adventure to Tunisia

In April 2012, we went to Tunisia for two weeks as part of a linguistic programme (organised by us from the UK). We were based in the north in Hammamet but we travelled everywhere all the way down to the doors of the desert, Douze. We stayed in Hotel Nesrine, which was perfect for families with three pools of different sizes and plenty of activities for children of all ages. Plus the hotel staff was fantastic and really made our stay delightful.

For my children and I it was also the first time travelling to my husband’s native country and from that first time, I fell in love with Tunisia. We returned three months later for a month-long holiday and are now planning to build our house there.

Tunisia has got loads to offer, first of all a gorgeous weather all year round, very friendly and welcoming locals, a mix of European and Arab culture and a great variety of landscapes: from fine sand beaches (try the Island of Djerba) to the Sahara Desert, rock mountain oasis and salt lakes, palm tree groves and so so much more.

We couldn’t fit this into our schedule but next time I’ll book us an overnight stay in the desert. You can book a night in a desert camp and wait for sunset sitting on a sand dune. From what I’ve been told there is nothing like it and I can’t wait to try that.

The best part about Tunisia

It’s really hard to choose the best one, but I would say the surprise finding out Tunisia was more than just beaches and turquoise waters. Discovering the local crafts of ceramics was definitely interesting and the quad bike into the desert at sunset was quite something even though you end up covered in sand. The children enjoyed the sea obviously and my oldest son just loves camels and in Tunisia they are everywhere.

While in the south, we booked a 4×4 ride up to Tamerza, the mountain oasis and with a guide we climbed up over the mountain, and down the other side to discover a hidden palm tree oasis with a small waterfall and a clear water stream. The view was simply unbelievable. On the way back we stopped to buy some dates from the local producers and ate a whole kilo in less than an hour!

Driving up north again along the Algerian border we stopped to admire an unexpected landscape. With high mountains in the background and salt lakes everywhere along the road, in the early morning hours, the sun played with the water it was spectacular.

We also stopped to visit the city of Matmatah. It is now famous for being the set of one of the Star Wars movie but more interestingly, it is a whole city of troglodyte dwellings – houses carved into the rock of the mountain. People live in those houses, it is their answer to the scorching temperatures of the south of Tunisia. I’ve read somewhere that Tunisia holds the record of the second hottest temperature of all time in the whole world (the first being in the Death Valley in the US).

I could go on and on but the best part of Tunisia is… Tunisia itself. It is a very small country and you can easily tour the whole country in just a few days. With so many things to see (I didn’t mention historic Roman ruins in El Jem, the oldest mosque in Africa in Kerouan…) you’ll have enough memories to last you a lifetime.

Despite the recent revolution (in 2011) the country is stable and totally safe. People are just about the friendliest people I’ve ever met (honestly) and you and your children will feel totally at peace and relaxed. I’ve been there 3 times now and I just can’t wait to go back.

Update 2017: Please check with your government travel advisory service prior to travel. According to the UK Government website “A state of emergency is in effect in Tunisia, imposed after a suicide attack on a police bus on 24 November 2015. It has been extended a number of times, most recently on 16 February 2017 by three months.”

1. Camel ride in the desert with overnight stay in a desert camp

2. Friendly haggling in the Souk in the Madinah (the old city)

3. A day trip to Sidi Bousaid 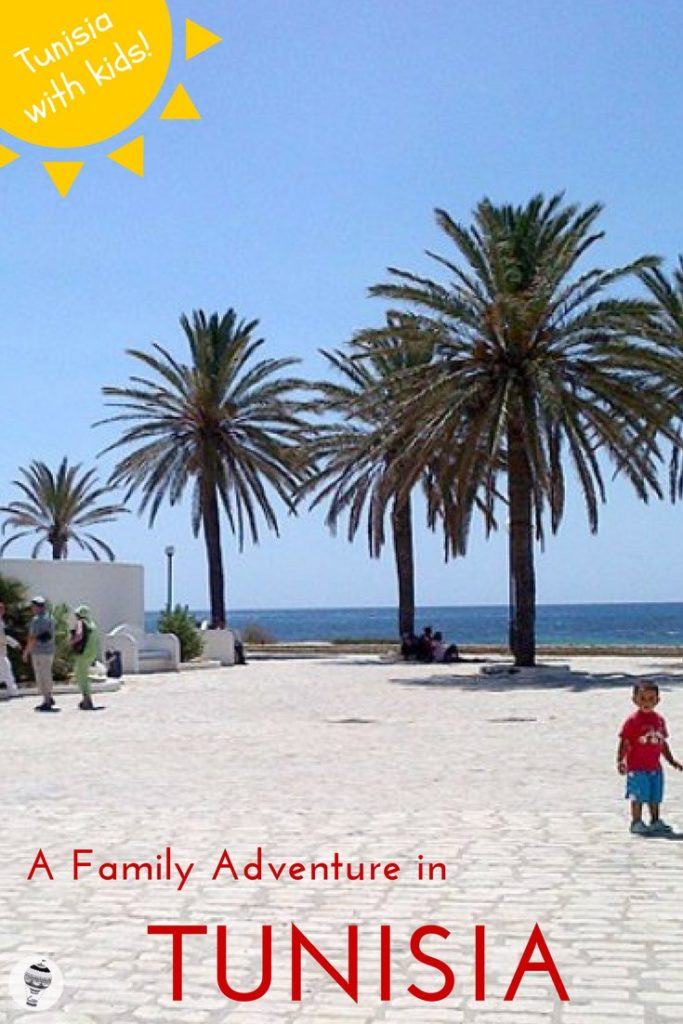