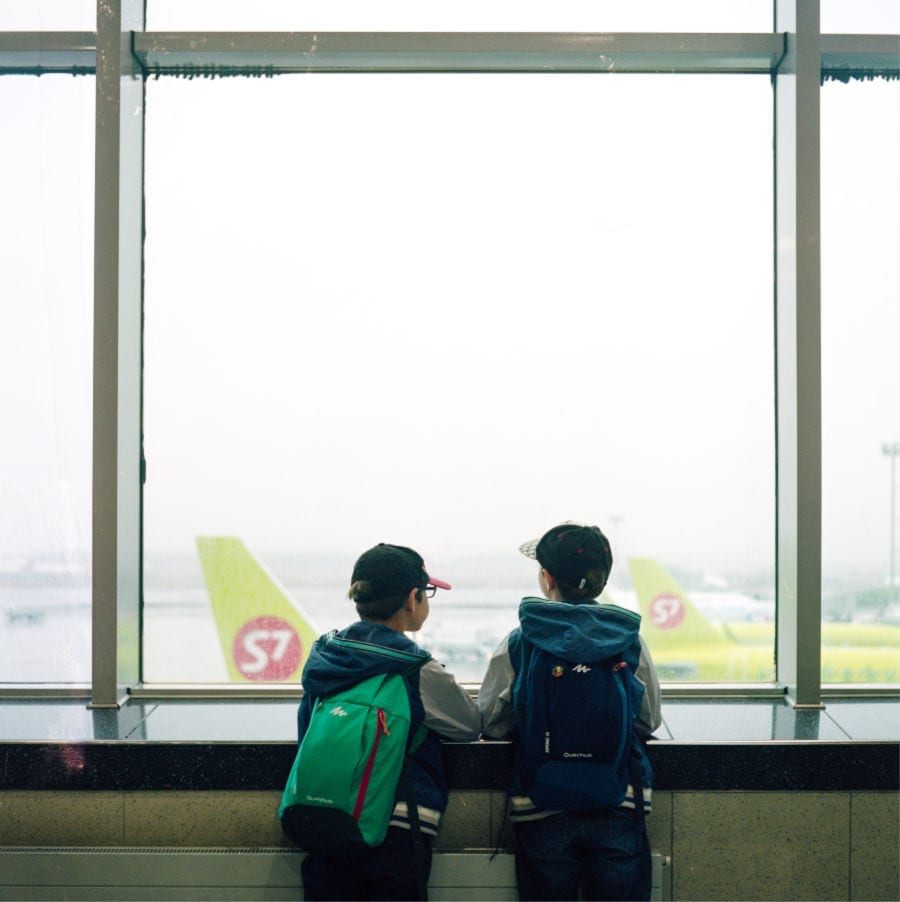 Family travel can be chaotic at the best of times, but throw in snowstorms and thousands of cancelled flights and even the most Zen of families can become unbalanced. With the holiday season approaching (and with it the ubiquitous bad weather), I wanted to share our tips for surviving cancelled or delayed flights with kids in tow.

Tips for dealing with cancelled flights with kids

Our worst experience happened in January 2014 when we arrived in Newark International Airport with our two kids (then aged six and four). We had flown in from Geneva, Switzerland, expecting to transfer onto our 5:10pm Mexico City flight to head home. At first we were told that the flight was delayed. Then we had to change gates (to the other end of the airport, naturally) and then we were informed that there were further delays.

This went on for several hours before we were told that a plane had been found for us and it was slowly making its way over to our terminal. At 9:00pm it was announced that we would begin boarding (lots of cheers!). At 9:10pm we were told that we couldn’t board until our pilots had arrived. At 10:00pm we were informed that the flight had been cancelled due to lack of crew. The airport was in chaos with hundreds of cancelled flights. We were one of the lucky ones as we managed to secure seats on the Saturday flight. This still left us with 24 hours in Newark airport with two small kids.

Here then are my tips on how to handle cancelled or delayed flights with children. 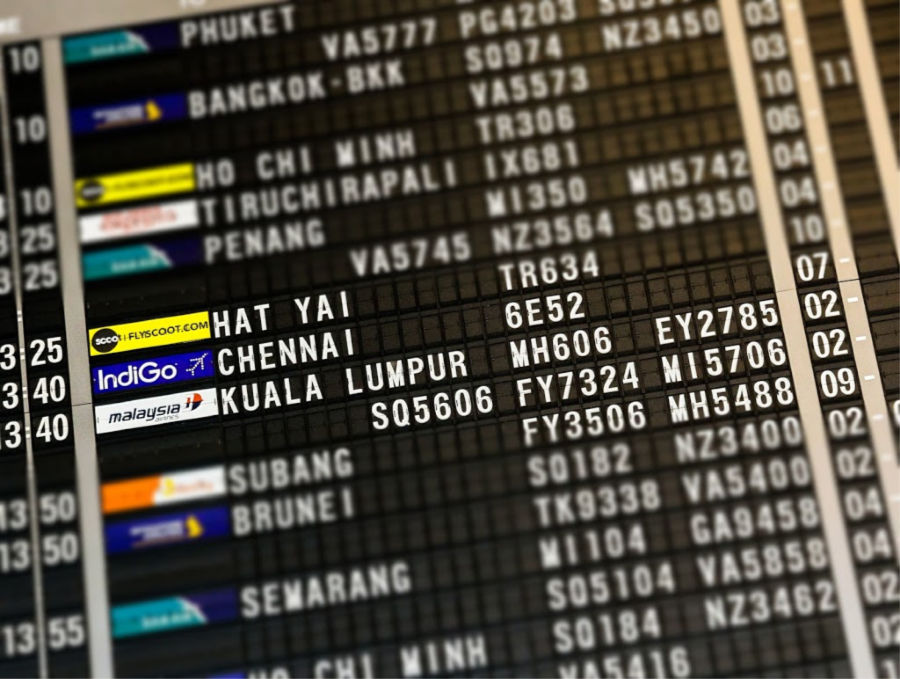 1. Keep Calm and Carry On

I’m not the most patient of people, but I’m lucky to have a level-headed husband who is good at keeping things in perspective. Remember, it’s not the end of the world and that there are always people in far worse travel situations than you. We met a teenage girl travelling solo for the first time ever who had been stuck in Newark for three days and a couple who had missed their cruise due to cancelled flights. Also remember to breathe — breathing is good.

Our kids had fallen fast asleep by the time the flight had been cancelled, so we commandeered airline pillows and blankets that United Airlines had supplied for stranded travellers and put them to sleep on the airport floor. I looked after them while my husband went off to try and find some way for us to leave Newark.

3. Make it an Adventure

I’m always amazed at how adaptable kids are, especially when faced with what you believe to be difficult situations. We told the kids that the plane couldn’t go because the weather was too bad but what fun (“yippeee!”) we got to spend another night in a hotel instead! They’re still at that age where travel — no matter how crappy — is exciting.

It was horribly chaotic at the airport, none of the staff had much information to give, and we were all seriously tired. The staff was dealing with their own battles, however, including lots of grumpy and unnecessarily shouty customers. We found a lovely woman who helped us out enormously — booking tickets for the following day’s flight and finding a hotel for the night. Similarly, when we checked in on Saturday morning, a wonderful woman spent ages trying to get all four of us confirmed on the flight. Being nice to people works.

We have Premier status with United Airlines as my husband travels so much for work. This literally saved us, as we were able to go to the lounge, join the shorter queue at Customer Services, and ultimately secure seats on the following day’s flight. It’s only because of this status that we got out on Saturday as we were bumped to the top of the flight waiting list. Others were being told that they had to wait until Tuesday or later to fly.

Even if you are not a frequent flyer, it’s worth joining a program like Priority Pass that allows you access to airport lounges around the world. These can be a lifesaver during long layovers or if you find yourself stranded like we did.

7. Bring a Change of Clothes

Given that my kids were six and four at the time, I had stopped bringing spare clothes for them. This was a mistake. Not only did we spend the night without any of our bags and therefore any other clothes, my daughter had a once-in-a-year accident and wet her pants. Cue me washing and drying her knickers with the hand dryer in the ladies’ restroom! What’s more, it was freezing in Newark and we only had a sweatshirt each. Layers would have helped us.

I never used to do this but I always pack a toothbrush in my carry on bag from now on.

Since I originally wrote this article we’ve had several more experiences of cancelled flights. In both cases, we didn’t know when the next flight would take off and so looked into alternative transport options. The first experience was in Italy when we were supposed to fly from Florence to Geneva, Switzerland. Thick fog meant that all flights were grounded (and they had been for days!). British Airways told us that they could put us on a bus to Bologna, where we would have to stay the night, and then possibly catch a flight the following day to Geneva. This all sounded rather tortuous with three children in tow (the youngest who was 9 months at the time) and so we decided to drive. We extended our hire car lease and headed through Italy and over the mountains into France, our final destination. Of course, the downside with this is that my husband later had to drive back over the Italian border to return the car (but not all the way to Florence).

Our second experience saw us spend the day at Tangiers airport in Morocco waiting for a plane that never arrived. In the end we spent another night at our hotel before flying out the second day but we did explore other options including buying tickets for an alternative flight (too expensive) and driving to an another airport (not realistic). Sometimes alternative transport options work, sometimes they don’t!

That’s the nature of travel!

[Tweet “How to survive cancelled #flights with kids #familytravel”] 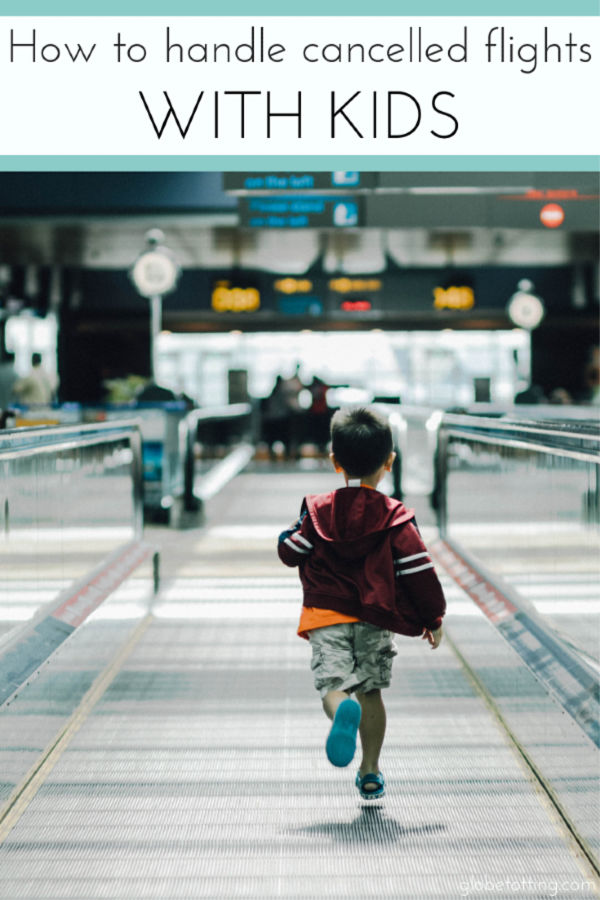