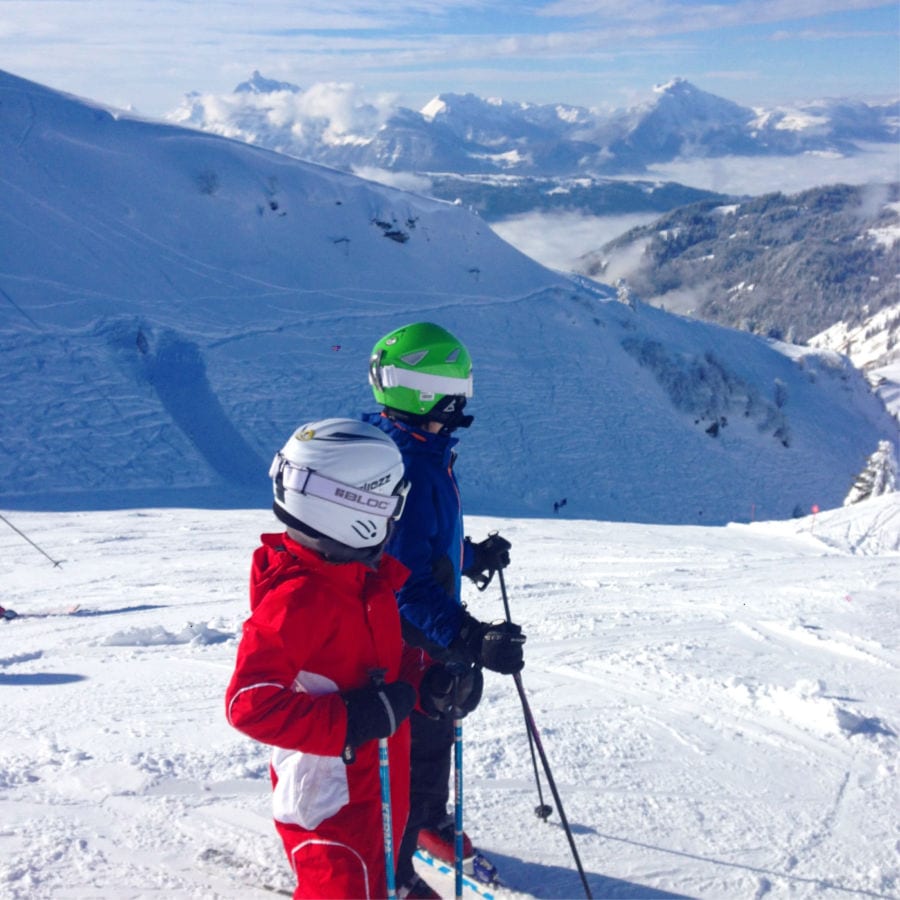 Picture the scene: the presents have been unwrapped, the turkey has been demolished and the whole family is sat watching The Snowman. It’s been a wonderful Christmas Day but the festivities are nearly over. Or are they? What if the celebrations were only just beginning? As much as we all like to spend Christmas at home with family, getting away for New Year’s is a wonderful way to ensure that the yuletide holidays last that little bit longer. For me, one of the best places to ring in a new year is on the ski slopes, surrounded by snow-capped mountains, breathing in fresh mountain air and, of course, skiing. If you’re looking to escape for a few days over the holidays then here are six reasons why I think your family should celebrate new year’s on the slopes. 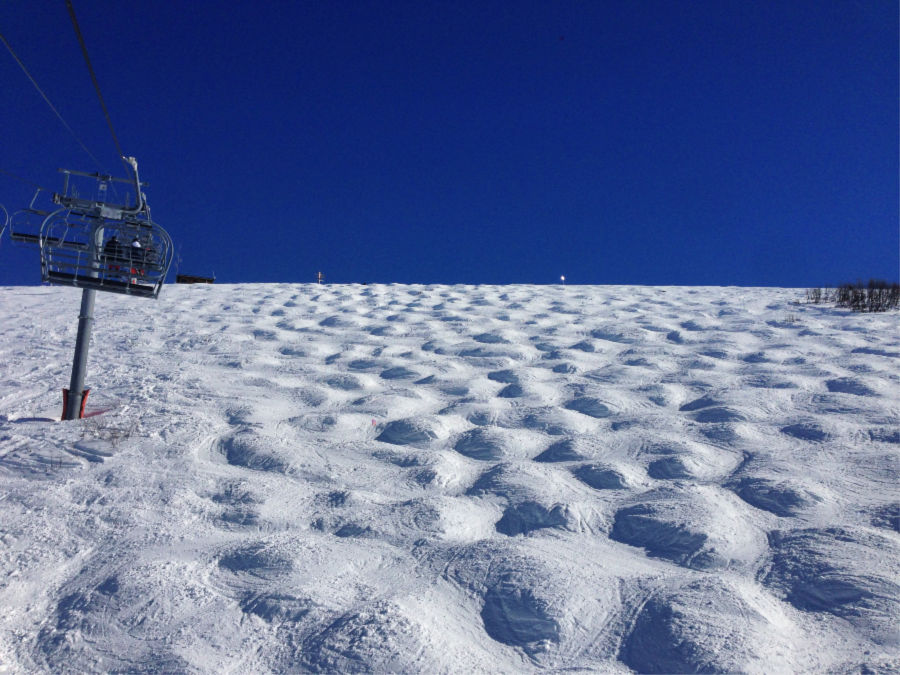 There’s nothing quite so festive as being surrounded by blankets of snow. And, if you’re in a picturesque Alpine village, so much the better. Resorts such as Megeve in France, Alpbach in Austria and Wengen in Switzerland are some of the prettiest mountain villages in Europe with traditional wooden chalets draped with fresh snow, streets lined with hundreds of sparkling fairy lights and and crepe stands doing a roaring trade in freshly made pancakes. Of course, early season skiing can be a bit of a risk and you may find that you spend more time in town than on your skis. Still, when you’re staying in a village that looks like a Christmas card, you can’t really complain. As for what the 2019 ski season will bring, it’s hard to predict the weather but the good news is that a handful of ski resorts in Europe have already opened some lifts and they’re all guaranteed to be open by December. Let’s just cross our fingers and hope for a ski season like last year! 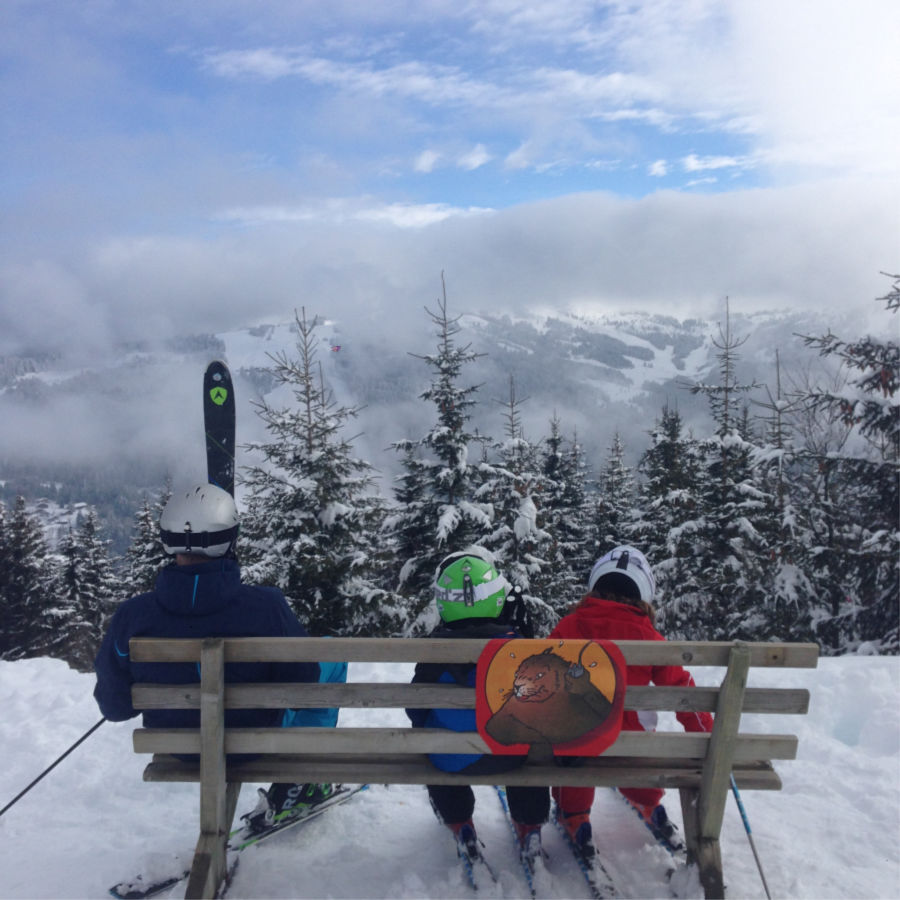 For me, there are few places as beautiful as the mountains. Regular readers will know that we often spend winters and summers in Morzine and I honestly love both seasons. When we visit over New Year, we hope to ski as much as we can but even if the snow gods deem that impossible, it’s still a beautiful place to be. Celebrating the holidays with family and friends in a cabin in the middle of the snow-capped woods, in front of a blazing fireplace, far from the crowds of London really can’t be beat. Just remember, that nothing spoils a family ski holiday more quickly than cold kids – if it looks like you’ll be experiencing sub-zero temperatures, make sure they are wrapped up warm. You can take a look at my packing tips for Finland (one of the coldest places we’ve ever been!) here. 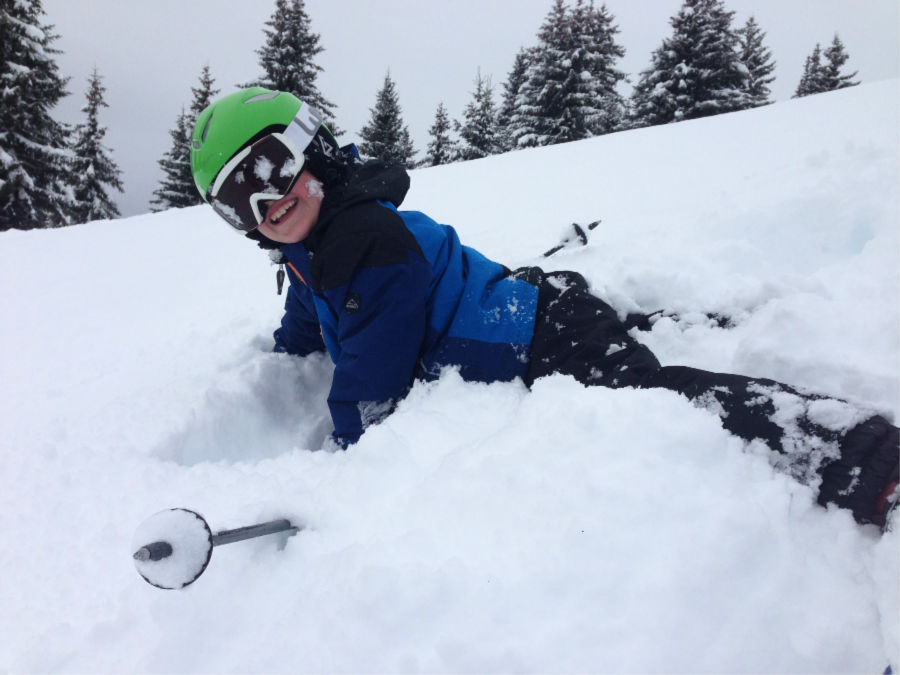 From fireworks to festivals, the Alps really know how to ring in the new year. France throws some of the biggest New Year’s Eve parties with dancing until dawn – the French resort of Tignes boasts the highest dance floor in Europe! If you’re reading this, however, it’s highly likely that you have children and the idea of an all night party in snow boots makes you feel tired just thinking about it. Fortunately, however, the Alps put on lots of family-friendly celebrations, too. Meribel hosts a family-friendly torch lit descent followed by a big firework display and an enthusiastic rendition of Auld Lang Syne. In Morzine, a themed celebration takes place at family-friendly times in the charming town square followed by the ESF torchlit descent and then fireworks. Grab a cup of hot mulled wine and enjoy the celebrations before walking back to your chalet or hotel. 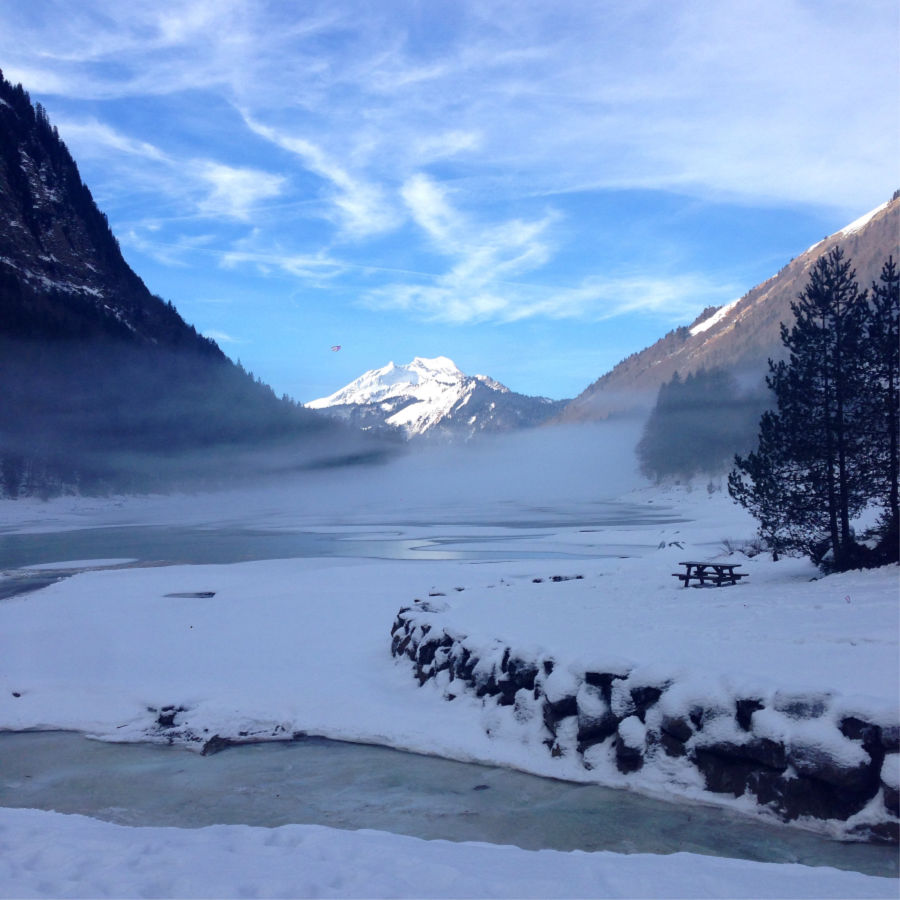 These days there’s much more to a ski resort than simply skiing or boarding. Ski resorts throughout Europe now offer all manner of activities for those who want a day off the slopes. In La Rosiere, you can try snowkiting, a sport that sees you glide across the snow on your skis, and even up the slopes, while being pulled by a special kind of kite (it’s not the same as paragliding, which sees you take to the skies). La Rosiere also offers old school sledging on a ‘paret’, a small wooden sledge with just one blade that was used as a way of getting to school in the mountains at the beginning of the 20th century. In Savoie Grand Revard there’s a 180-metre long Tubing Jump Run where the brave can slide along on a huge doughnut and take banked turns at full speed before taking off on a big jump and landing on huge airbags. Sound scary? Well, kids as young as four can go on it so it should be more fun than frightening! Val Thorens boasts the highest zip-line in Europe, Courchevel offers a 25-metre-long ski jump for kids (and adults) to try and a number of resorts have now added biathlon to their list of activities. 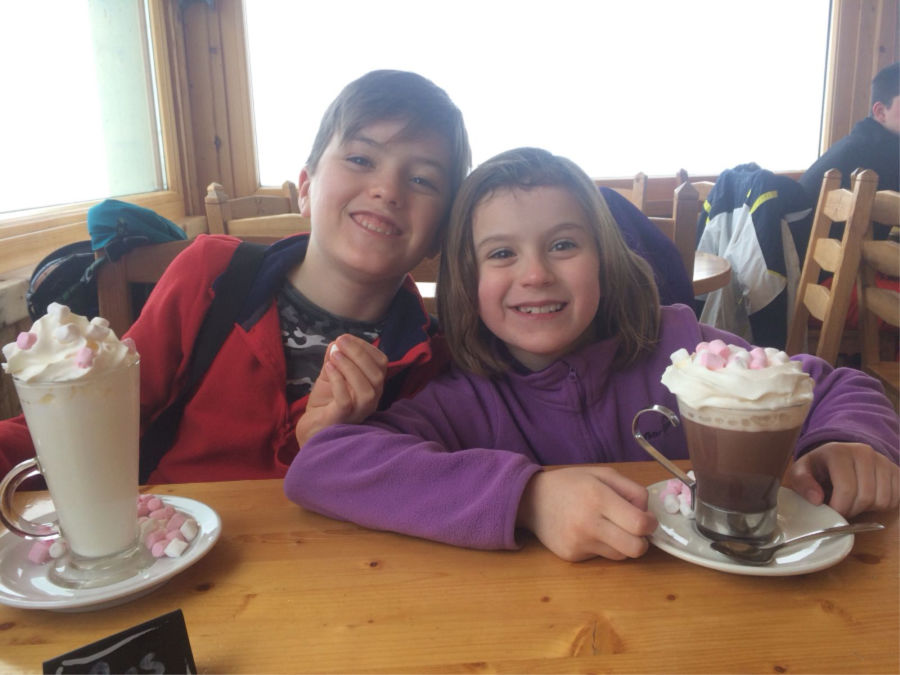 No matter where you choose to go in Europe it’s guaranteed that you will eat well, assuming you like cheese of course. In France, Tartiflette is the dish to order if you have no intention of doing anything else for the rest of the day. Made from a lot of potatoes, smoked bacon, garlic and onion, and topped with a rich, creamy, nutty sauce, it’s the dish of ski champions. Or rather, retired ski champions. It only came into existence in the 1980s but now appears on pretty much any French restaurant menu – you can even have Tartiflette pizza. In Switzerland you must order Raclette at least once. The name comes from the French word racier (to scrape) and that’s precisely what you do to the half-wheel of semi-soft cheese that sits slowly melting under a heat lamp or open fire. As the cheese browns, you scrape it on to your plate and eat accompanied by boiled potatoes and bread. If you feel like you might be lacking some greenery, there are usually cornichons (mini gherkins) and tiny pickled onions to go with it. Austria’s most famous dish is tiroler gröstl, an enormous hash made with fried potatoes, onions and meat, and sometimes topped with a fried egg. What makes this dish special, however, are the herbs and spices used including caraway seeds, paprika and parsley. And in Italy, it would be a crime to order anything other than pizza! At least you know the kids will be happy.

For me, one of the best reasons to find a good ski deal over New Year’s is to spend time with the family. Skiing is one of my all time favourite family holidays and a wonderful way to spend a lot of time together. Alfie and Tess are now great skiers and can confidently make their way down almost any slope, which means that we can spend the entire day skiing with them. Sam recently had his first lesson and, despite a shaky start, I have no doubt that he’ll be on a par with his siblings soon meaning that we can soon spend the entire day on the slopes as a family. Of course, there will come a time when none of them want to be seen with us on the mountains but, until then, I’m going to make the most of every family ski holiday!

The best things to do in Reykjavik with kids

Skiing on the best snow in the world in Finland 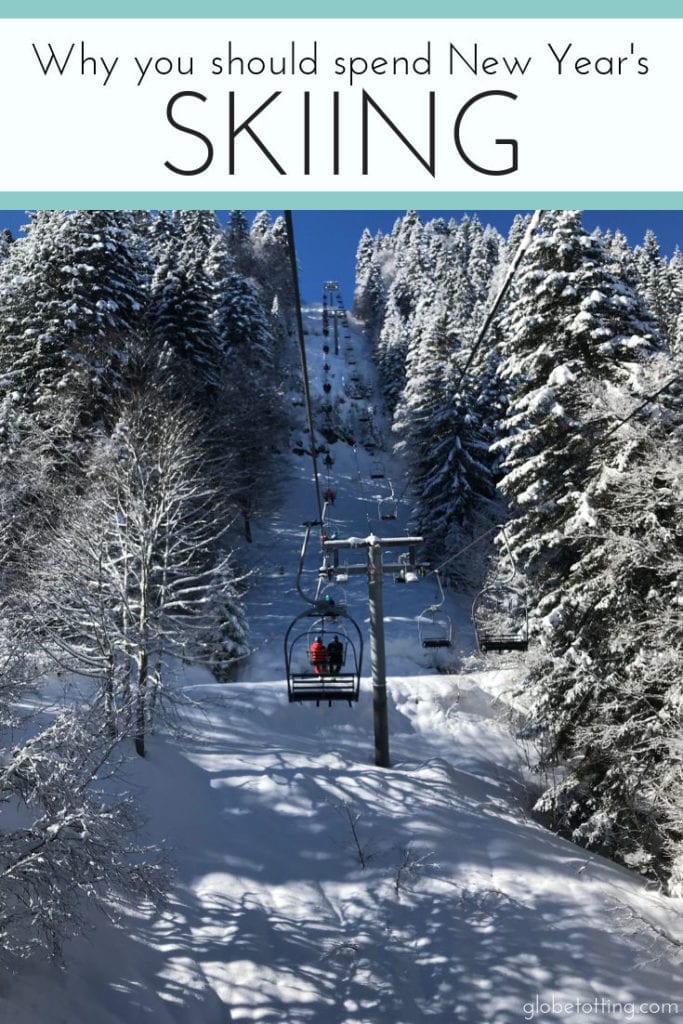